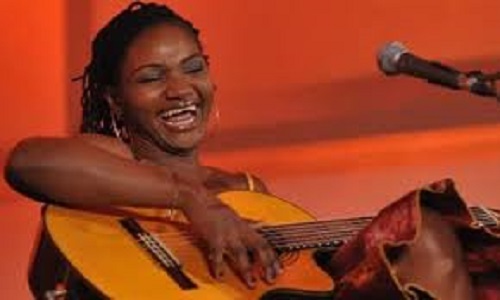 More often than not, an artist’s remarkable popularity is achieved through excellent marketing strategy. Sure, their talent is a huge factor to achieve success, but music producers and record labels make it possible for them to be exposed in a larger audience and to produce quality music, rather than if they go solo, merely depending on the Internet’s validation through shares and likes.

Jah Moko, a born musician and a music producer, quit his successful career for ten years in France to go back to Senegal. He decided to continue his journey and create the Jah Moko Family music project, which is a band based in Dakar, Senegal.

We are sure you love listening to music as you like trying out different Formula 1 Bets at Betway. Music is for the soul after all and can help you rediscover yourself.  Music is what keeps us going, even when we feel that the going is tough. And African artists are trying to make their presence felt through creating music that isn’t just beautiful, but meaningful as well.

Dakar: The Musical City You Need to Visit

The African countries collectively struggle with poverty and bad governance. But, Dakar is said to be one the most musically vigorous cities in Africa. Music enthusiasts start at a young age and get to hone their skills as they grow. However, the music industry doesn’t get support from its government – the lack of infrastructure makes it difficult for them to find a venue that they can afford where they can perform and showcase their talent. It is also why the independent artists couldn’t make a living out of it.

They can’t afford the performance venues due to its high costs. An individual can only do so much, talent can definitely bring one to places, but monetary investment is also necessary to produce quality output.

Moko’s Decision to Push Through the Project

Despite the struggling economy in Senegal, Moko has decided to push through with their project. Moko said that they would continue to create music at all costs and to provide a cultural space for the African artists.

The multicultural group is composed of nine members coming from Mali, Senegal, Central African Republic, and France. Moko is part of the said band as the lead singer. He said that through music, they aim to talk about the things that matter, especially in today’s society, such as unemployment, corruption, war, justice, immigration, and access to education.

The group aims to voice out their beliefs and to fight for the underrepresented through their music. They believe that through their talent and passion, they can change, let alone save lives; and that music is a better way to get their message across.

It’s high time that this new and young generation of African artists gets what they truly deserve.

Are you thinking to go to any of their concerts yet?