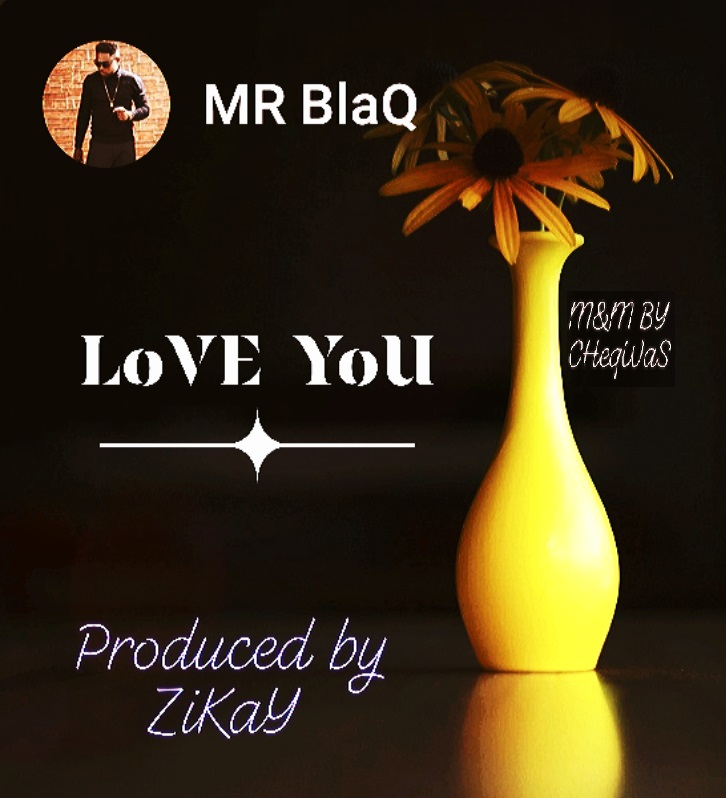 October 8, 2019 Category: All Music, NEWS
African Music sensation Mr BlaQ is on the verge of making history with his forthcoming single scheduled for release come 10th of October 2019 as Afro-pop’s shortest love song. He has titled this one “Love You”. Multiple sources close to him and who wishes to remain undisclosed say BlaQ has bragged about his forthcoming single saying “Show me another Afro-pop sound from anywhere in Africa which has a total duration less than that of Love You”.
“Love you by Mr BlaQ with total duration at 2:17seconds is a good delivery and very enjoyable song with a message of the greatest gift Love, I listened to it when it was previewed in the studio” One of the sources said.
Love you by Mr BlaQ was produced by young and creative music producer ZiKaY. Mixed and Mastered by one of Africa’s best sound Engeneer Cheqwas. Cheqwas has also worked with big acts like Davido, Slimcase, Idowest just to name a few. Guitars were played by Rhythm who has also played in several music projects and band shows in Nigeria which is home to Afro-pop.

This song (Love You) happens to be Mr BlaQ’s second single for this year though he opened up about another release scheduled for sometime in December 2019. He had earlier in April released a single titled “Marry Me” which has been enjoying plays across digital platforms worldwide.

BlaQ’s Career seem to have taken an up turn from good to better with speculations that he is now working with a UK based record label. He has also refused to confirm this saying everything will be revealed in time if all go well.
Connect with Mr BlaQ on Instagram and Twitter @ndibablaq and on Facebook @VictoRBlaQQQQ
SHARE YOUR COMMENTS BELOW