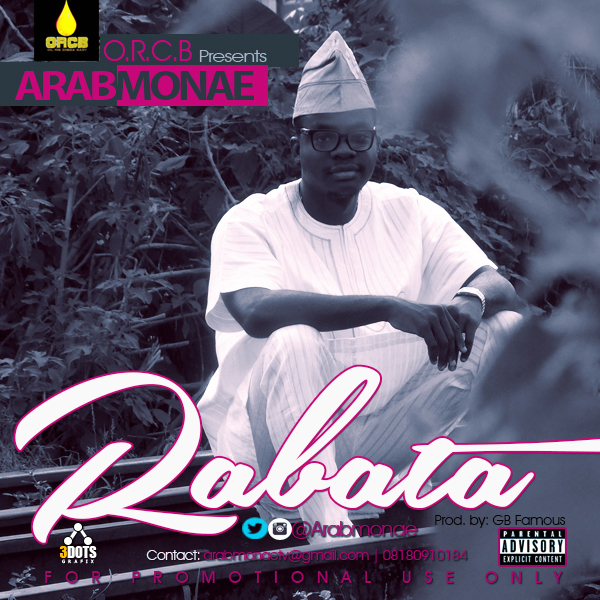 Mubarak Afolabi Akande better known as ARABMONAE and C.E.O of ORCB (Oil Rig Cheda Baby) hailed from Oyo State and is a graduate of Covenant University. He is one of the promising artistes from our country. After dropping hit songs such as: Komole ft Olamide a.k.a Baddo, Isegun ft Bossta And Sunbebe ft Gb Famous. He has decided to drop a new banging hit single titled ‘RABATA’ produced by GB Famous to kick start 2016 and he has also provided the visuals to the song directed by Ruff Ikonz Films. Enjoy Below!