Blaqbonez – Back In Uni 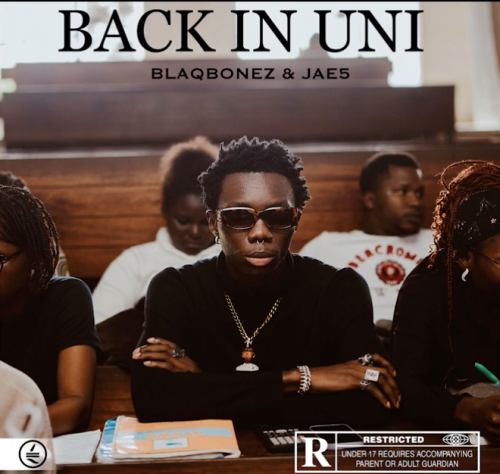 October 8, 2022 Category: All Music, MUSICTag: Blaqbonez – Back In Uni

Introducing “Young Preacher,” a brand-new song by Blaqbonez off his upcoming album.
Blaqbonez, a rapper from Chocolate City who is well-known for his adaptable, spirited, and competitive style, has been significantly influenced by rap, as evidenced by his most recent hit, “Go Home.”

Rap music in Nigeria’s Drill subgenre is one of the fastest growing and is becoming more and more well-liked by rap artists and fans. Despite being a product of the nascent rap sub-genre, it rose to fame on a global scale in South London, UK.

Go Home, which was released in conjunction with the emergence of the drill sound in his native Nigeria, brilliantly positioned Blaqbonez at the top of this developing genre. As is his custom, Blaqbonez used this song to express his wrath and emotions in the most effective way possible. If you don’t want women spending a lot of time at your house, “Go Home” is the ideal anthem for you. BRING IT ON!

He collaborated with Grammy Award-winning producer Jae5, and today he releases a new song titled “Back In Uni.” His new album’s main single is this song, a follow-up to “Go Home” and “Commander.”