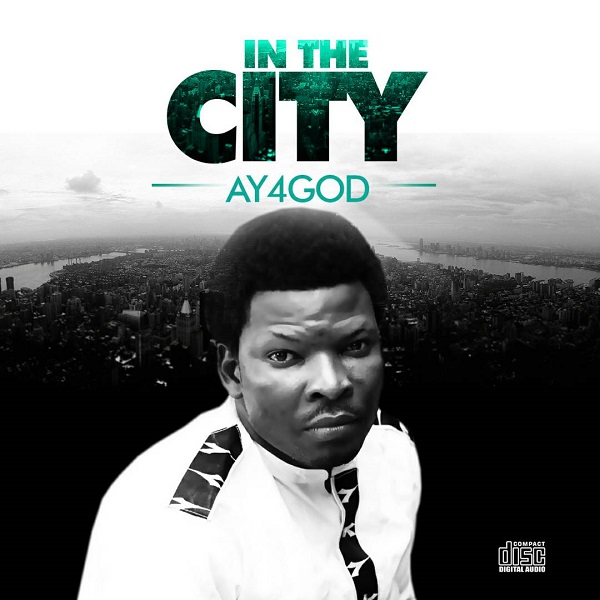 A Lagos State University, trained Accountant, he has pioneered and partnered countless youth /professional initiatives and is quite an intriguing and sought after Software Support Expert, Event planner, trainer, music panelist, facilitator and Worshiper

Partnering RCCG Triumphant Chapel Area 12, Lp 25, he is the Convener of what has now undoubtedly become the grand annual youth gathering in the geographical area of the province with over 2000participants across the vicinity; at her annual Singspiration Nite organized by Ay4God Initiative amongst others.

He has been actively involved in Local, National and Regional projects and processes on the need to provide a platform for youth inclusion in policy formulation and project implementation. He is a role model to many youths across the country with his ability to initiate and implement youth-led, youth-focused projects aimed at advancing the potential of young people in state with much anticipation to leave a land mark at the national level. Abadariki Ayodele Stephen, who is popularly refer to as Ay4God , the phenomenal CEO of Lagos ’s first and most prominent youth interest attended programe, SINGSPIRATION NITE, is a consummate young professional and outstanding Manager. Ay4God Initiative, itself has become a fast growing driving force and skill providing concern for teeming young people in the society

With a huge expanse of knowledge and experience in software Development, Multi-Media, Marketing, Enterprise Risk and Project Management, Ay4God’s talents as a Youth Advocate and Entrepreneur have proved invaluable to every organisation, project or cause with which he has been involved.

In his{Ay4God}search for more knowledge, he is a chartered member of relevant professional bodies among which are, CHARTTERED INSTITUTE OF PUBLIC MANAGEMENT NIGERIA,NIGERIA COMPUTER SOCIETY,ASSOCIATION OF COMPUTING MACHINERIES{USA}

He’s also an Official representative of various organizations both home and abroad, all in youth development. He is also a sought after worship Minister at gospel concerts home and abroad. Presently Directs the music department of  He at one time been the Choir Director @ RCCG Triumphant Chapel, Zone 8,Christ Apostolic Church-Surulere District HQ,TREM AIT, also plays a very vital role in the music department of RCCG LP 25 Choir and many other group to mention but few.Currently the Music Director for RCCG,Region 19 Youth, With his  team of great and talented resources we have touched lives and still pressing on as we perpetuate God’s Kingdom on the Earth by presenting an alternative lifestyle to young people and adults’ alike

By grace Ay4God storms the Middle East in the 1st quarter of 2013 in Absolute worship to God with a wildly attended programme tagged W.W.W {While We Worship}.

In the quest to get more life acquainted to Christ he has travelled far and wide ministering in worship,Ay4God has ministered in Republic De Benin, Ghana, Kenya, Malta, Togo and recently was in the United Arab Emirate, South Africa, Swaziland, Ethiopia, Kenya,Senegal and lot more  where he hosted a worship programme tagged While we Worship. He Ay4God has relationship with (Action Chapel International, Christ Embassy, RCCG, Apostolic Faith Mission)in all of the country where he has ministered outside Nigeria. He {AY4GOD} was in Republic of Cuba a small island in the Caribbean for another edition of W.W.W {While We Worship}.

He officially releases his 1st single with title TOO MUCH on December 15th 2013 and set to release another before Jan ending 2014 which is titled COME HOME.

2014 has been a great year, with grate doors opening unto Him {Ay4God},On 5th of Feb in the heat of the valentine festival, God inspired another wonderful song through Him titled “Come Home” which has won 2major awards from Nigeria, Tanzania and Republic of South Africa. There are few other tracks from Ay4God but they be released in the Main album, presently has a Mini Album to his credit and planning on In 2015 Ay4God Debut His Video Titled In The City, this video has since spread to many nations.

2017 Holds another surprise musically for fans and lover of ay4God.