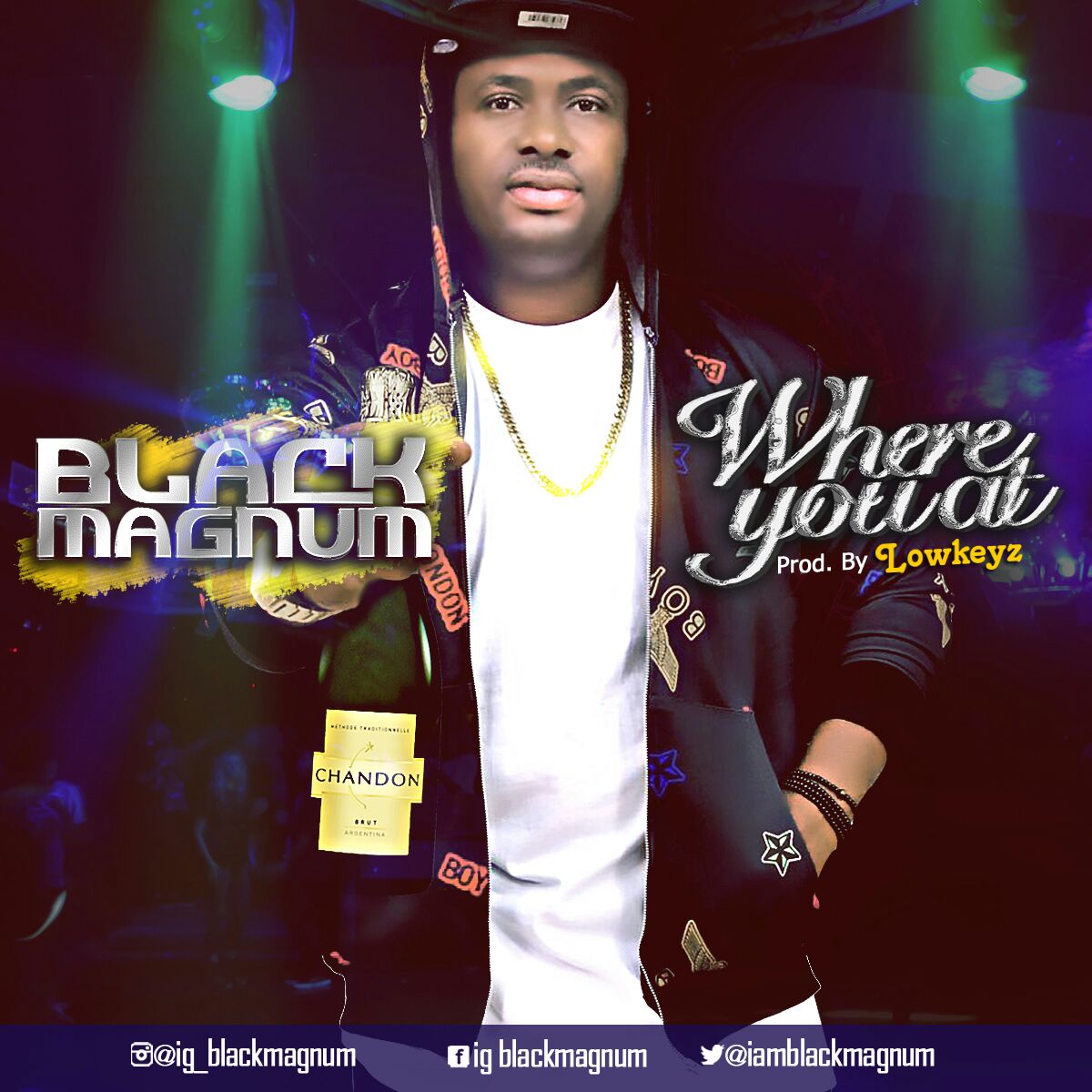 November 24, 2016 Category: All Music, MUSIC, SPONSOREDTag: BLACK MAGNUM - WHERE U AT

Brand new club banging hip-hop track “WHERE U AT”(Champagne Poppers) by Black Magnum is a club banger that sets club in a frenzy turn up mood after a hard week’s job. Sometimes we pop champagne to celebrate life and many people actually do. The banger was produced by Lowkeyz Joseph. Black Magnum is a lyricist rapper, singer, song writer, a producer and an activist.

The track #whereuat is from his upcoming album titled #wake up call.  He is a Nigerian who hails from Benue state, and is also the CEO Of Blackmagnum Eentertainment.

Open to sponsorship, record deals and bookings, he can be reached at ?Email- blackmagnummusic@gmail.