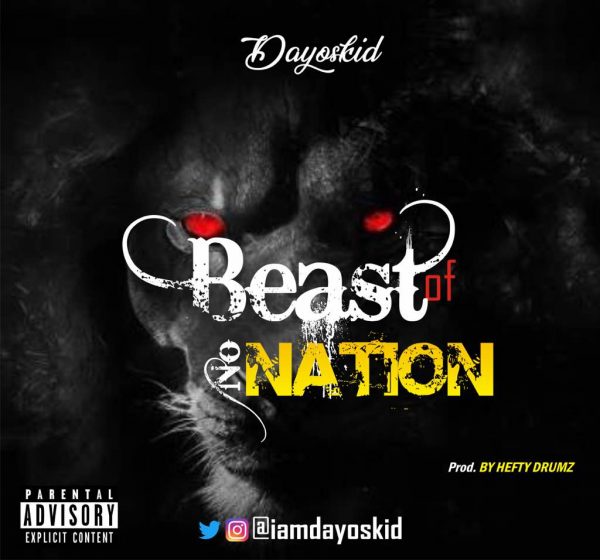 This one don blow!!! Street proclaimed Olamide adedeji successor his here with his first official single.

He’s already gaining ground with his electrifying suicide lines and heavy punchlines. Studies at Moshood Abiola Polytechnic, born and raised up in Lagos. He reps Agege and the green white green flag.

He is set to take the music scene by storm with his style of unique rap mixing both English and his indigenous language perfectly with is first official single titled “Beast of no Nation”.