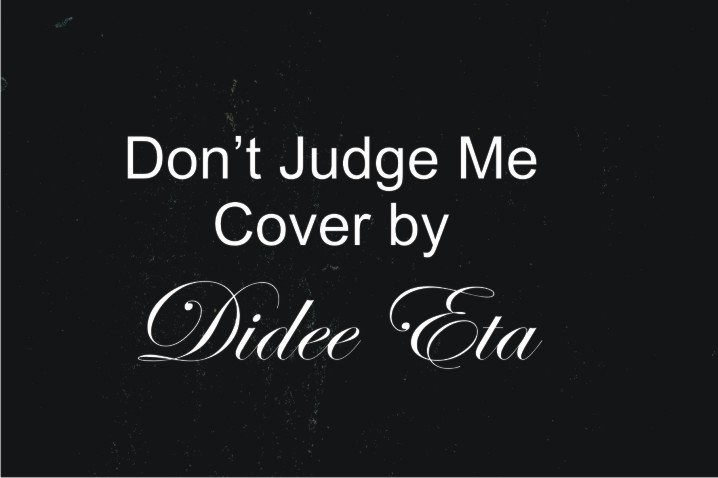 Didee is out with two powerful remakes of two powerful songs. He displays his originality on the songs and you would definitely want to compare them with the original versions. Download below

Don’t Judge Me
The Nigerian born Afro/Rnb sensation Didee Eta, starts the year on a good note as he drops cover of American Rnb/Pop star Chris Brown’s track “Don’t judge me”. With a slightly different approach co-produced by Engr. Dwisz, he titles his version ‘Don’t Judge’, dishing out piercing vocals blend with sex appeal and an old school RnB flow. Didee Eta truly delivers a memorable performance on this track. You should check it out!

Jailer-
Afro/RnB artiste Didee Eta seems to be on a roll as he releases yet another cover co-prod by Dwisz. This time to the Nigerian Afro/soul songstress; Asa’s hit single ‘Jailer’ off her self titled album “Asa”. Didee Eta maintains a memorable performance on the track with his alluring vocals, as he keeps his fans and listeners anticipating the release of his Full EP titled ‘Da Ke’ set to be out sometime this year, with tracks like Go Down, Things you do and the Top Naija Music Award winning “Painkiller” The sky is certainly no limit for this comrade.