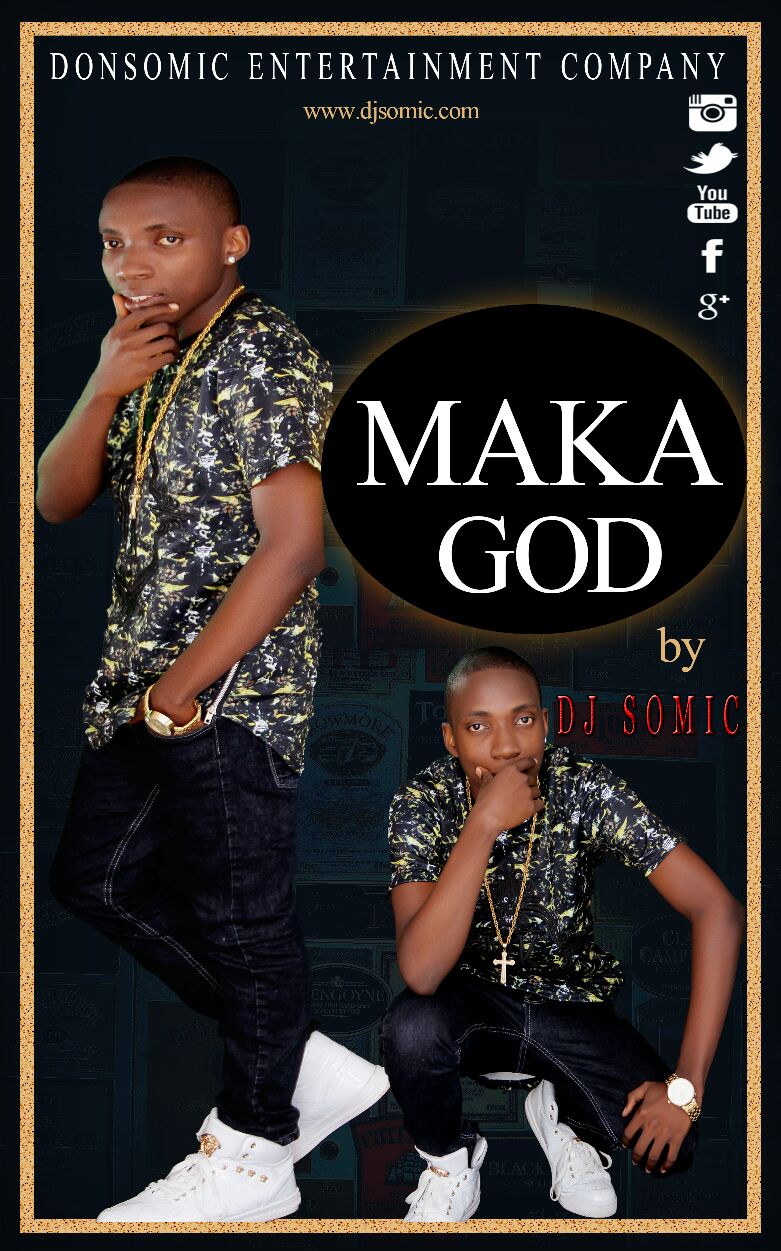 DJ SOMIC whose names are Okeakpu Stanley Ifeanyichukwu is a native of Nnobi, Idemili south L.G.A, Anambra state. Born on the 14th February 1997 into the family of Chief Sir Ifeanyi C. Okeakpu, an international merchant based in Aba, Abia state.

DJ SOMIC is a singer, writer, thespian and founder of Donsomic Entertainment Company, also known as Somic Records. After graduating as a science student from Federal Govt College, Akwa Ibom, he published his first novel titled MYSTERIOUS QUEST, which within 6 months of release was approved by the Ministry of Education, Abia state and Rivers State for Junior Class students.

DJ SOMIC looks up to Eminem, 50 cent, Tyga, Nicky Minaj, Rihanna, Yazz, Phyno & Davido as his role models. He is planning to feature a good number of them in his 19 track upcoming album which is already titled Unbeatable Monster. An album that will be a combination of good, creative and unforgettable music, meant to go deep into the heart of every individual worldwide who listens to it.

You are presented with the download links of MAKA GOD and ZHANGA.