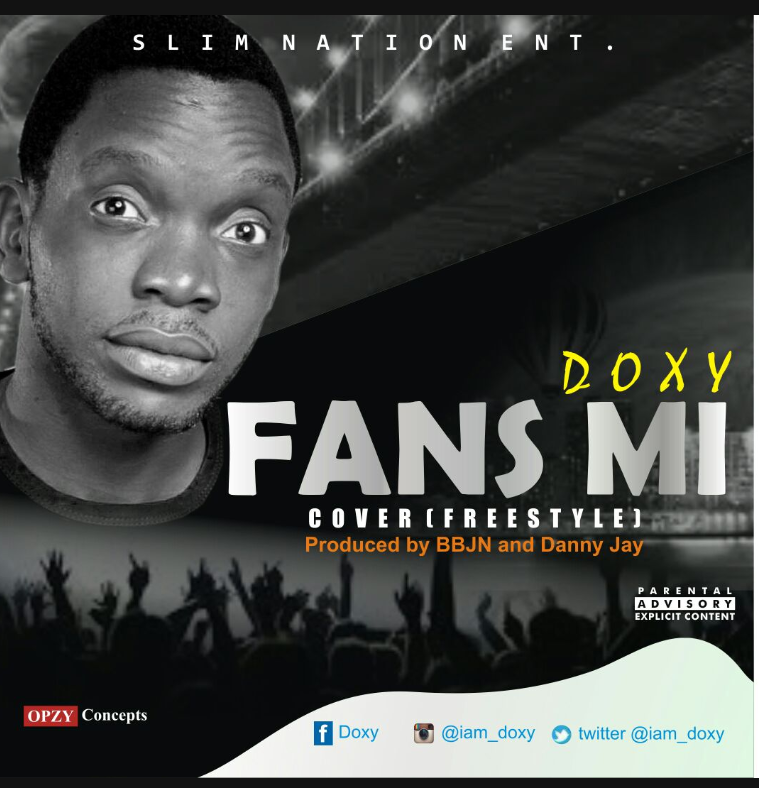 ‎Dolapo Oyatomi Junior [D.O.J] whose music stage name is Doxy is the Next to Stardom Award winner and Most Promising Artist Nominee for the Top Naija Music Awards in 2015/2016.

His Rap is technical, killing and outstanding. He has had rap battles and won in most of the competitions as a Freestyle rapper in which he plays with words so fast. He is the Artist behind The Track ‘Dessie Teddie’, the first Track he dropped in early 2014 – all about the him wooing a Lady which got him on top of Reverbnation chart as the No 1 for seven weeks after its release.

In same 2014,The Track, “My Business” is as a result of Doxy, celebrating Bosses in Music and The Business world. The song featured BBJN and Hero One. The Hit Track ‘MYBUSINESS’ made the Hit in and outside Nigeria which got him a collaboration in 2016 from Tanzania after they heard it. The Popular rap Artist “Moni” featured Doxy on the remix of his track called “Kirikuu” making that waves in Tanzania.

Afterwards, he came in with the track, ‘BABY’, where he played with the beat and was all through a freestyle and the Producer was Hero one was in a shock about how Doxy kills every beat he jumps on. Doxy is doing it real and big.

In 2015, Doxy came in with a Hit Single ‘ROAD BLOCK’ as he changed his style in the music lane by simply doing it in his culture which is yoruba. Making known to His fans that he could also Rap in his language the way he raps in English as the style he is known with. The Rap Genius featured a fast Yoruba Rapper from Ibadan, Nigeria, Cleva Tee. Doxy doing his thing and explaining in the song that it is time for the Rappers who had been in the game to give chance to the new breed of upcoming stars to display what they got.

And Now 2016, Doxy is here with a New Hit “Fans Mi”. He did a cover of One of the Hits (Fans Mi) of a Multiple Award winner, David Adeleke popularly known as Davido, HKN Co-owner and Davido Music Worldwide (DMW) CEO, where he featured the America Rapper, Meek Mill . Doxy came up with his version of the song with same beat produced by the Popular Producer known as Beats by Jay (BBJN) where he killed the song with His own style of Rap. The song was a Freestyle from the beginning to the end. He says he loves Davido himself and one of his biggest fans because apart from the wealth, he loves the fact that he is hardworking and he is going far with that.
With this song, Doxy is to be called an international Artist. The Rap style is so different.