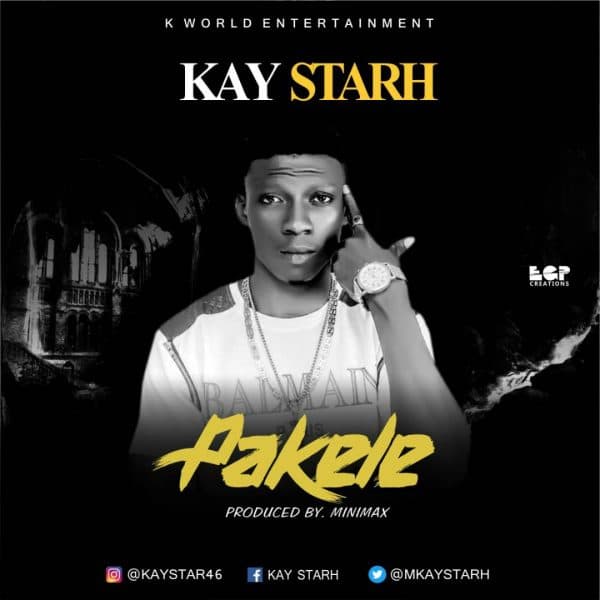 Adekunle Ademiluyi whose stage name is Kay Starh is out with his new jam titled PAKELE. The Lagos based artiste who does R n B and Pop Music was born  into the Home of Mr and Mrs Ademiluyi  in Suru-Lere Local Government Area , Lagos. He hails from Ile ife, Ife Central local Government in Osun state.

He started his music career  in 2009 with his first single titled Aye Para featuring Brainchild which was produced by Sammy G.

He has recorded lots of  other singles since then. The latest of my songs is Pakele which was produced by Ace Producer, Minimax.

He is unsigned but open to record deals. Pakele is about love. Download and have a feel