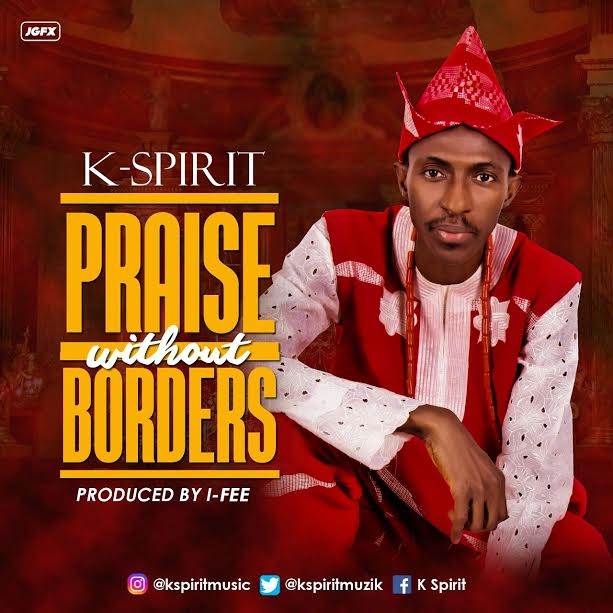 From the heart of KSpiritmusic comes a brand new project-Praise without Borders by Kspirit. The song was officially released on all major online stores on the 2nd of November 2016, Praise without Borders is more than just a compilation of songs. If you desire to be at such a fulfilling place, “Praise Without Borders” is the song for you!!

Praise Without Borders is not only ‘’Border-less’’ in terms of its liberty of expression, it cuts across various languages as an offering to the Omniscient, the One who understands all languages, unifying ethnic diversities. The messages in the song are clear, the delivery is straight to the point, the energy is contagious, and the focus is the One who has created all things for His pleasure.

Praise without Borders is a high energy, no-dull-moment, easy-to- learn, 12 minutes non-stop Contemporary African Gospel songs in a blend of different Nigerian Languages. The song is highly recommended for both corporate Praise in churches as well as for individual private praise moments. The song was produced by the ingenious I-fee.