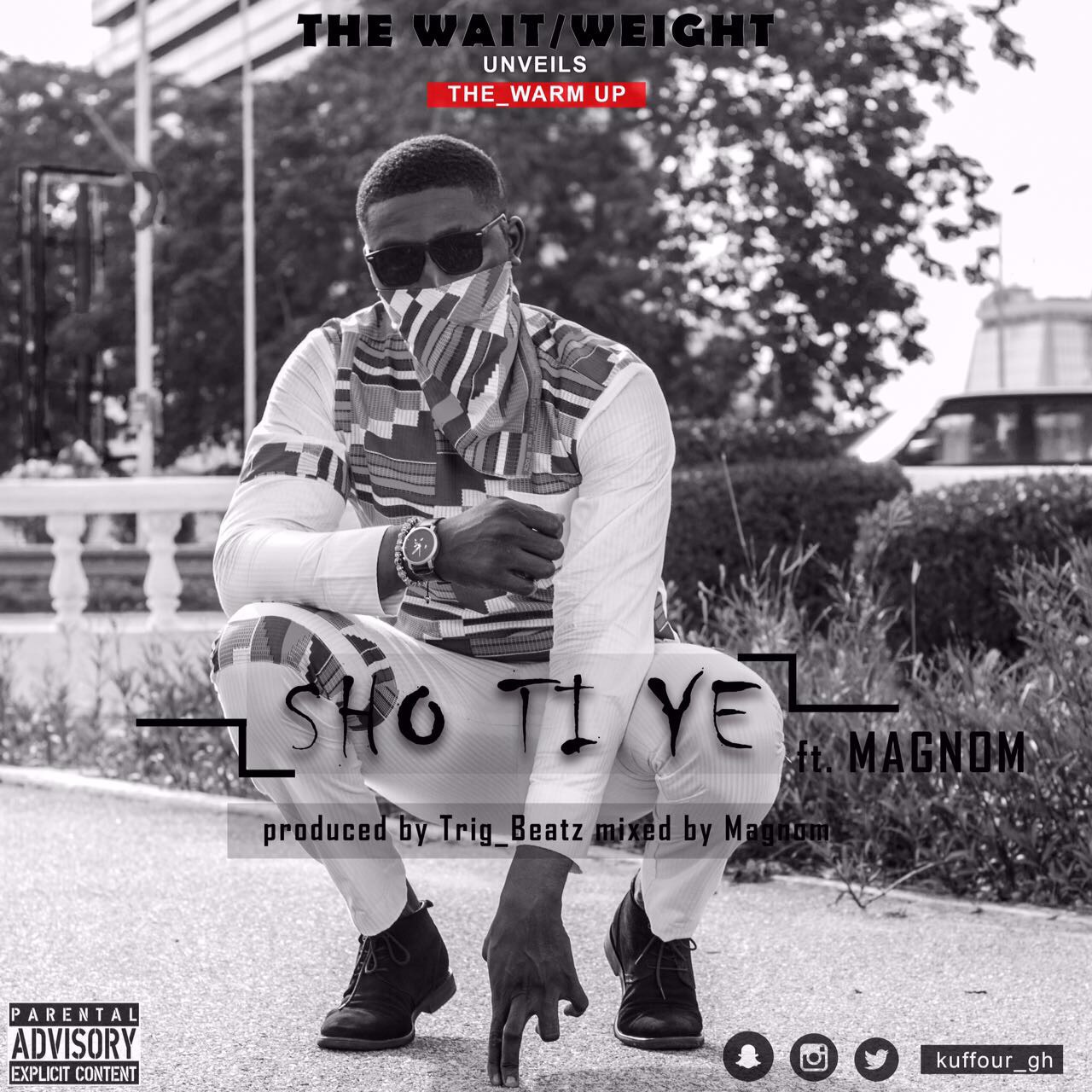 Succeeding through hard work is hugely enjoyable, especially when it is specific. Kwaku Kuffour wishes to shift from the paradigm that tells you to get an education, graduate and get a job working for someone. He want to be able to capitalize on his talents to make a difference in the society And on the streets where he finds himself everyday and beyond. Success is only meaningful and enjoyable if it feels like your own – Michel Obama

The Artist’s aim is to educate, entertain, promote tourism, motivate both young and old, address certain social and
intimate issues that are faced by people on a daily basis regardless the cultural group they belong to as well as voice out his views through his music, videos, trendy fashion styles made out of local fabrics and prints.

The Rap Artist finally released his first single titled ‘Sho Ti Ye’ from the long awaited debut album “THE
WAIT/WEIGHT“ on which he addresses certain issues not new to him and others in the best exagerative forms. ‘Sho Ti Ye” which is a Yoruba expression meaning ‘hope you understand’ Or ‘hope you listening’ features the multiple talented beat producer Magnom and the beat was produced by Trig_Beatz. The song brings to light some of the versatile lyrical patterns of the artist unique style of delivery, punch lines as well as the uniqueness of the voice behind his sketch arts. Outdooring the song with a viral video kwaku kuffour promises his fans and the world nothing but a perculiar work of art, originality and great music.Anticipate the Official Video dated soon.