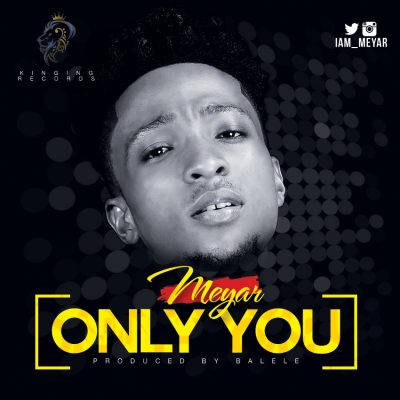 Fresh outta box music comes new kid on the block Meyar a.k.a meyar the flygerian in his new song titled ‘ONLY YOU’ produced by Balele.

The flygerian singer, songwriter and performing artiste is currently signed to Kinging Records.
Meyar oti made his entry into the music industry in 2014 with the release of his single ijim neti egwu and a follow up single in 2015 titled omo oba nimi which recieved massive acceptance and also won him the award for next to stardom at the 2015 top naija music awards.

Meyar’s new single ‘ONLY YOU’ is an upbeat afropop love song with honest lyrics, passionate and well delivered singing, flawless vocals and an exciting beat!