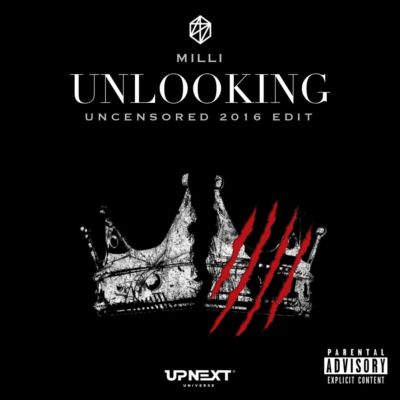 June 9, 2016 Category: All Music, MUSIC
Former Chocolate City signee Milli, who made headlines last week for releasing a controversial trailer for his “Unlooking Uncensored” music video that shows him burning a crown, has dropped the highly anticipated audio to the music video today.

The original pidgin version was first released in November 2015 when Milli was still signed to Choc City, but following his premature exit from the label, the rapper made an uncensored edit of the track, changing all verses to English and making direct references to his experience at Choc City under label boss M.I. Both versions are produced by CKay and Reinhard.

The music video to Unlooking Uncensored, which is a short film that’s shot entirely in black and white with cinematic widescreen cropping, will be released on June 12.