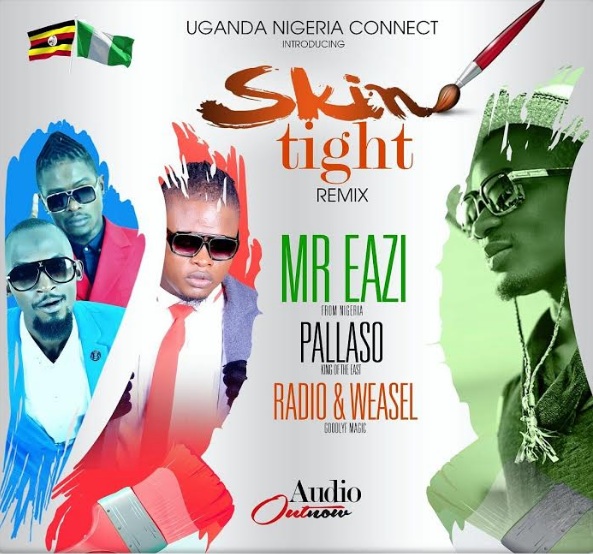 Uganda Nigeria Connect as Mr Eazi ‘Skin Tight (Remix)’ got another wavy remix which he features alongside The Ugandan Heavyweight ‘Pallaso’ & The duo Hit-makers ‘Radio and Weasel’.

This is the East African remix of Skin Tight a Hit single originally by Mr Eazi but now a lot of hot Remixes have been released then from London to many other parts of the world. And now finally and East African.

Radio and Weasel Brings in the Soulful vocals on the instrumentals, And Pallaso Enrich the tune with his Ugandan Singing Flavor.

The boy Eazi is steady creating a sound vibe from different regions. While his Mixtape ‘Accra To Lagos’, is scheduled to be released 11th Feb 2017, Accra To Lagos is an 11-Track Mixtape with 2 bonus tracks. It surfaces the root sounds, dialects, energy and styles from the two metropolitan hubs which largely influence my music, Accra – Lagos.

Having churned out a number of chart-topping singles, the artiste is ready to share a full body of work. While we anticipate check out skintight remix below and Enjoy!