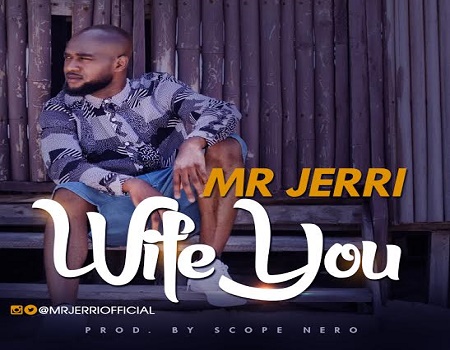 Agbonghale Jerry Usiaho was born on the 4th of September, better known by his stage name Mr Jerri; is a singer/song writer, who hails from Edo state and was born in Kano. Mr Jerri who graduated in 2015 from Private Kyiv International University higher education institution in Ukraine and obtained the basic higher education in the field of Training (Film and Television Arts) Cinematography / Film and Television director.

Mr Jerri has been doing music while  in Ukraine under the stage name of AJ Usiaho. He hopes to make unique impact in the music industry by the grace of God. His first single “Wife You” is dedicated to all the lovers out there and those few that still believe and practice what true love is.