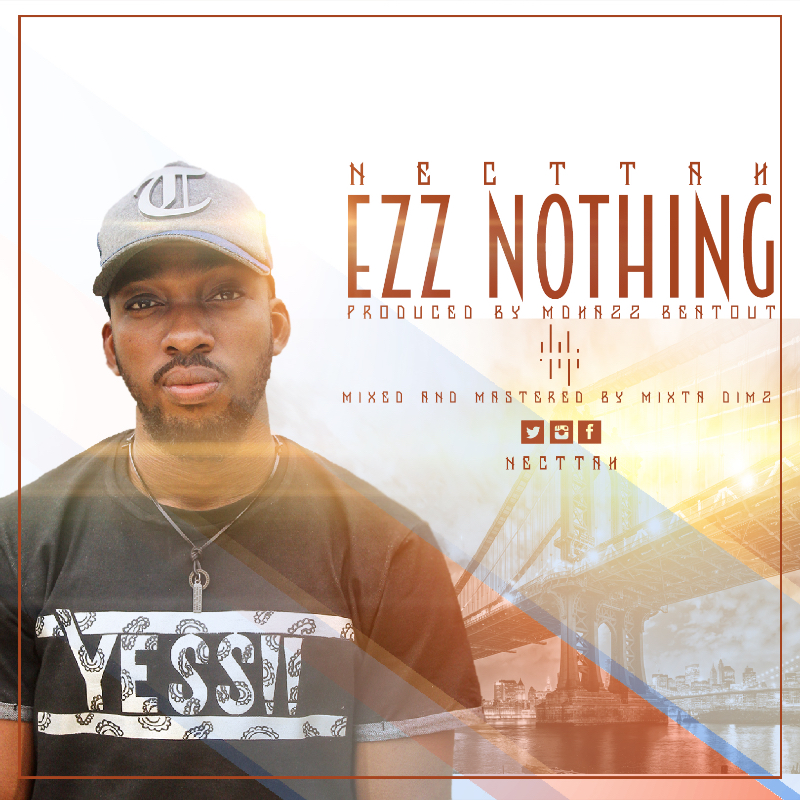 Nwaobi Emmanuel Chisom (born 26 March 1994), better known by his stage name Necttah, is a Nigerian reggae-dancehall singer and songwriter with family roots in Imo State, Eastern Nigeria. He is based in Lagos and studies Theatre Arts in Imo State University. He started his musical career
recording songs and doing underground collaborations with artists such as Playbuoy, and also working with producers such as Dj Klem, Otyno, Sarz and V-tek. Necttah‘s awaited single ‘EZZ NOTHING’ has finally surfaced.

The song which is said to be the rising star’s official debut single is a ragga influenced mid-tempo cut that has massive street appeal. He is not signed to any record label.