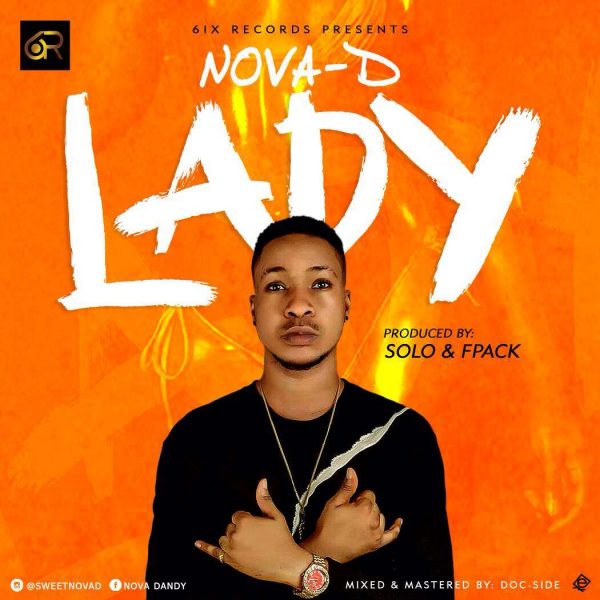 *Nova-D*, whose real name is Francis Akarachi Nwanosike is a graduate of Library & information science from Federal University of Benin.

“LADY” which is his debut single under *6ix records*after the hit single he Released last year, titled “Karate” Which was produced by one of the best Nigerian producers- Dj Coublon. Which turned out to be a street anthem has released another HIT- titled *LADY*.

Nova-D who hails from Imo state is the *CO-CEO* of 6ix records.

“LADY” was produced by Solo & Fpack and mixed and mastered by Doc-sidetheatres.