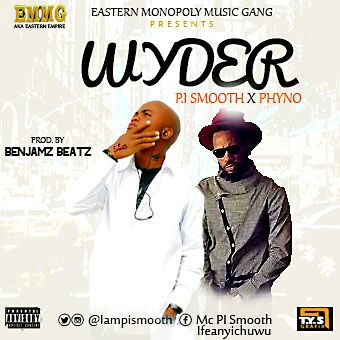 Paulmanuels Ifeanyichukwu Udemgbo a.k.a P.I SMOOTH (a.k.a Da Coal City Guy) who hails from Enugu and is the President of Eastern Monopoly Music Gang (EMMG) is back to the music scene with something refreshing, something his fans will love to have a feel of. This is his latest jam titled WYDER featuring the Igbo rap star, Phyno, a song that was produced by Benjamz.

Download and see if he did justice to the jam