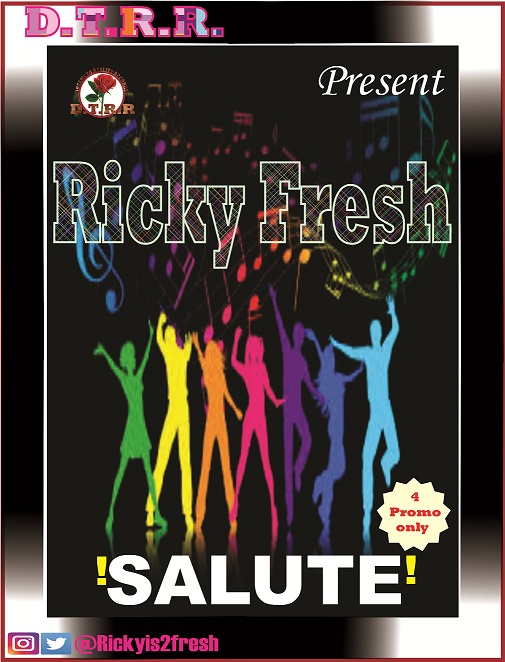 Eric Nesty a.k.a Ricky Fresh, is a music artiste from Akwa Ibom state in Nigeria, born on the 27th of may.  He does hip hop & rap music and is a song writer. His love for music grew right from a tender age, and still grows deeper every passing day. He started professional music in 2009 when he was featured in his late elder brother’s album as a backup singer and also rapped in one of the tracks.

Unfortunately the album wasn’t released due to his sudden demise. And since then he has been doing music on a lowkey waiting for the right time to show the world the talent that God has given to him.

His debut official single will be dropping next month. Here is a freestyle that he recorded in 2015 titled SALUTE which is all about saluting his colleagues in the music industry. Listen and enjoy and also watchout for his
debut single ”In The Name Of Love ” coming out soon.