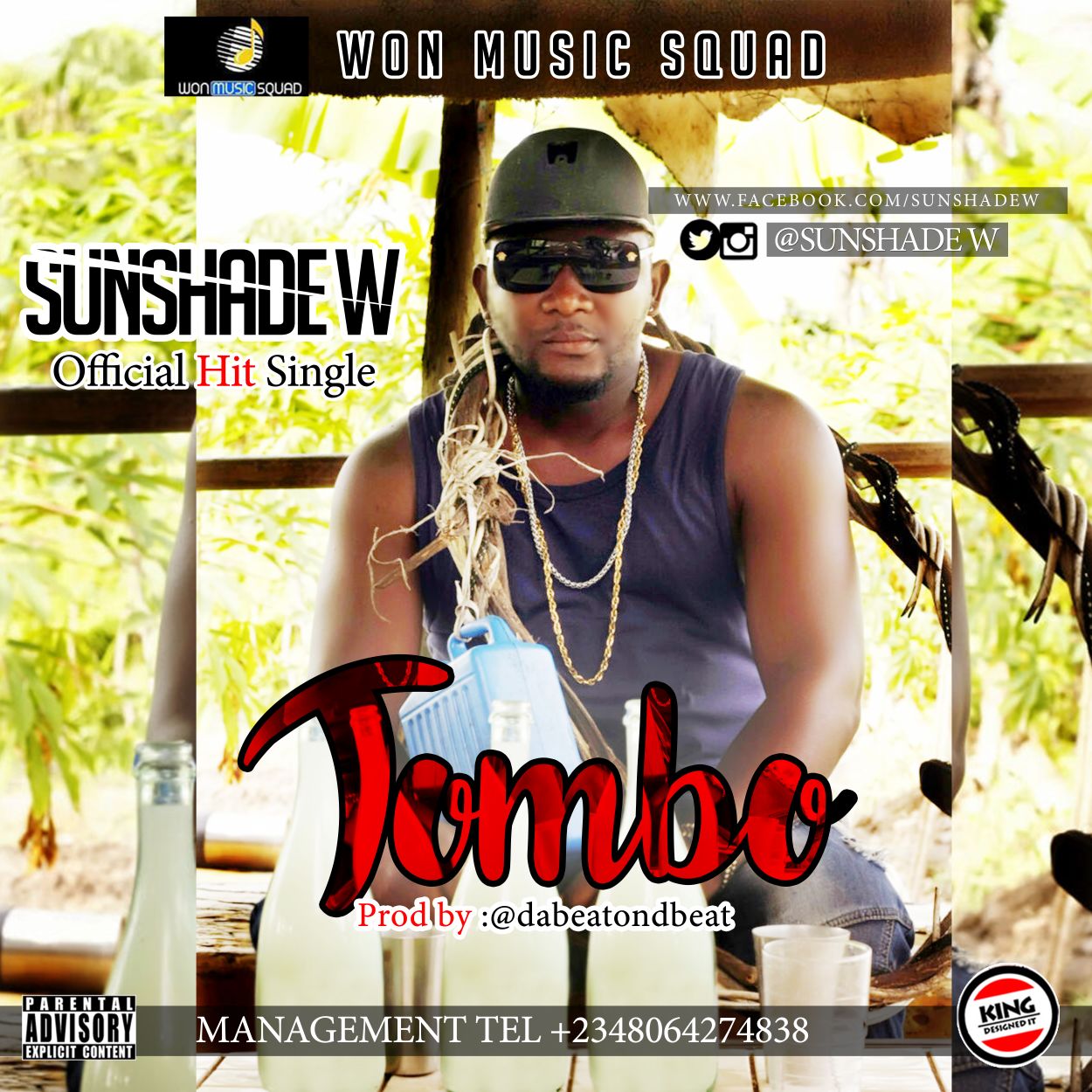 African singercologist Sunshadew, the won music squad rave of the moment and turnup crooner has dropped yet another Hit jam titled “TOMBO“. Roughly translated as palmwine, Sunshadew began to shine right from the start, as the sunshadew signature we have come to love, carries you through, weaving the philosophical undertones into the rich and groovy drums.

TOMBO was produced by Dabeat on de beat and it shows the versatility of the new king of Nigerian music. He is a 2014 Top Naija Music Award Winner.