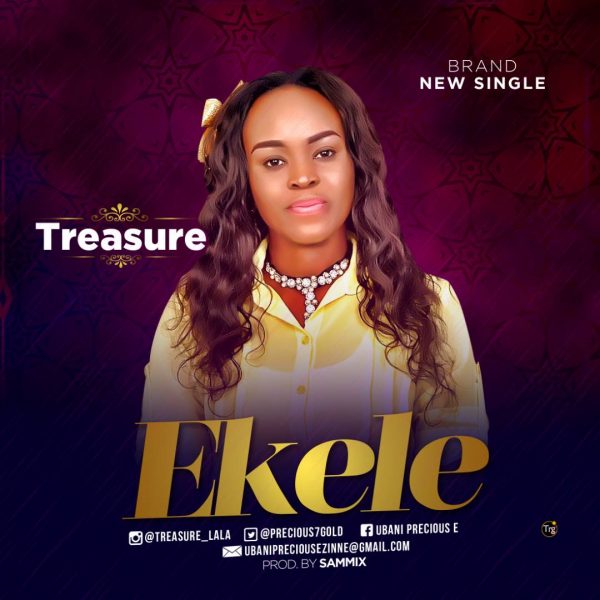 Ubani Precious E popularly known as Treasure is an Abuja based Gospel Artist who launched into the Gospel music industry through the release of her debut single titled SUPER GOD on 29 May 2016. After which she released another song which talks about the awesome power of God to handle impossible cases with the title ONLY JESUS on 2nd Oct 2016.

On 7th Aug 2017 Treasure thrilled her fans by the release of her debut album titled BEAUTIFIED BY GRACE [Exquisite] which comprises of 8 tracks with different genres of songs. EKELE is a single which portrays her Thanksgiving to the Almighty for His wondrous works.

Music for Treasure is not a hobby but a ministry which God has called her into to manifest His Divine Glory.