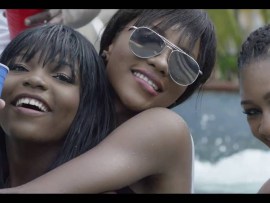 Empire Mates Entertainment is proud to present the video for “Mi Re Do (Cocoloso)”, performed by Banky W, Stonebwoy and Shaydee.

The video was shot in Lagos, Nigeria and Written, Produced and Directed by Banky Whimself, for PSA Multimedia.

It features a host of celebrity cameos, including Artists and Models like Niyola, DJ XClusive, Joe Ciroc, King Nnadi, Skibii, Precious John, Queen Celestine and many more, as well as a hilarious comedy relief appearance by Emma OhMyGod.

The song was produced by Masterkraft. We hope you enjoy watching this banger as much as we enjoyed filming it.