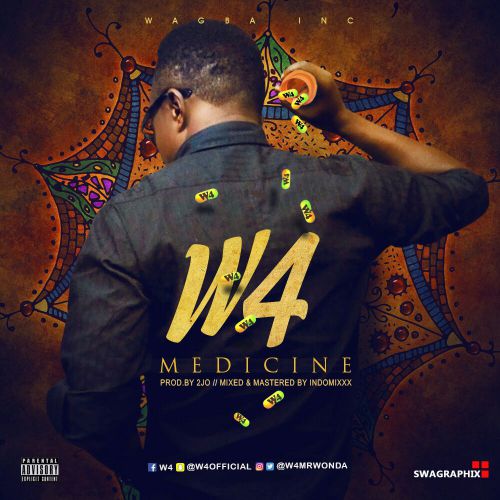 Wale adepoju, popularly known as “W4 Mr Wonda” finally returned to the entertainment centre stage. The talented Afro-pop singer will never be forgotten for his striking roles in Nigeria’s music scene from his melodic debut titled ‘Solo’ followed by the viral single hit ‘Wa Gba Kontrol’ in 2012, a song which stands him tall in the industry, this popularity of this same song was intensified after protesters improvised the title as ‘Wa gba Petrol’ for their campaign slogan, during the fuel subsidy protest in Nigeria.

W4’s new song, ‘Foreign dance’ portends huge entertainment values for listeners and has all the potentials to be on high demand as usual of the artist’s songs which are most times distinct from the regular Nigerian music, especially with his creative ability of reawakening Fela’s mantra in his own contemporary style of music delivery now return with his new single titled “Medicine “Produced by 2jo and mixed and mastered by Indomix. W4 Mrwonda is back and ready to drop is back to back watch out..