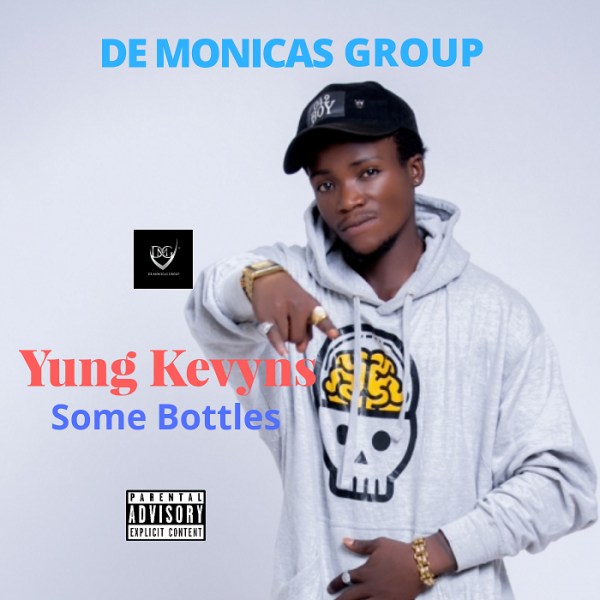 Trap is the future they say, and Yung Kevyns is setting it right before all of us. He has this blended voice to line up words accordingly. And he did it again on this single titled SOME BOTTLES he blessed us with once more.

One thing about the HOLLA hit maker is that he gives you the lyrics with boldness and simplicity. De Monicas Group hip hop and R&B star came out with his first single around March and since then he’s been giving us wicked sounds back to back.

On SOME BOTTLES we could hear him sing…

“That’s what you do when you got enough of them in the hood that
are believers They never joke with anything that’s
sealed up inside bottles
We feelin the models, we chillin and
popping some bottles
They give no boredom, all of them
willing to cuddle”

Chijekwu Kevin Benedict (Yung Kevyns) is one of those few artists we know that has their own style of running things. So unique in his own way.

SOME BOTTLES is a trap party sound for young and old folks. A song produced by Kindwiz. If you remember, Yung Kevyns previous singles were produced by the same guy. And it seems like Kindwiz production is the perfect thing for Yung Kevyns kind of music. The song was mixed by Dj Loxzy.