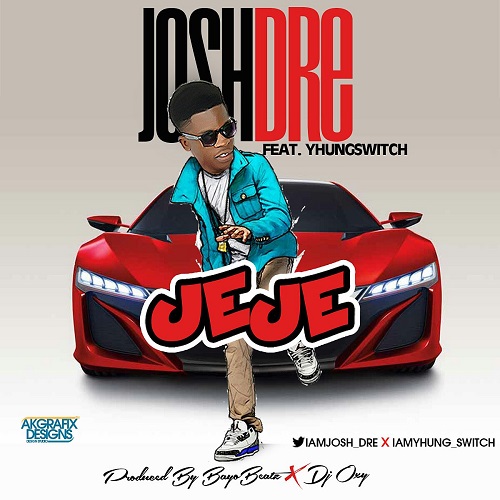 Josh Dre is a Nigerian artiste residing and schooling in Ghana. After recording a pop song under the now defunct Mk verse, he started music officially in 2012, and hasn’t looked back ever since. His latest work, is an Afropop song titled “JEJE”.

A collaboration with afrobeat sensation Yhung switch. A club banger aimed at satisfying the young audience.”JEJE” is a danceable song made for a typical African, and fun-seekers.

The lyrics are simple, and easy to sing along to. It has amazing potential to become a club hit, and attract a large fan base. Which automatically means an uplift in Josh Dre’s musical career. All that’s left to do is sit back and listen. Enjoy!!!!