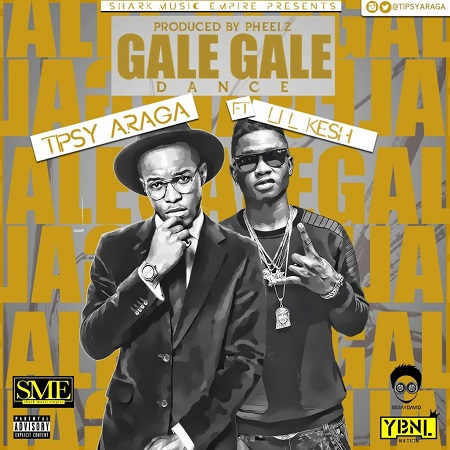 Tipsy Araga (real name Sosanya Oluwasegun Afeez) is a fast rising name in the Nigerian music industry. This owes in every part to 2 previously released singles (Gbo Yoruba & O Tin Load) which featured popular indigenous rapper & YBNL head honcho Olamide on both of them, and went on to become fan favorites.

Armed with witty Yoruba lyrical dexterity that really marks him out as an artiste and an uncanny ability to always deliver sounds that fuses an indigenous package with modern day flows in it’s appeal, Tipsy is ready to shake things up. His latest effort in trying to exactly that is Gale Gale; his latest single but he is the second signed artiste under SME (Shark Music Empire) owned by the renowned Bamidele Bami aka Shark and which he recently got signed to. Gale Gale features YBNL member, Lil Kesh and is a start of a long line of projects Tipsy has promised to deliver this year.

Definitely a song to get you dancing. P.S: Gale Gale means a proud dance you get into to show God’s blessings. Abi O gbooooooo!!!”