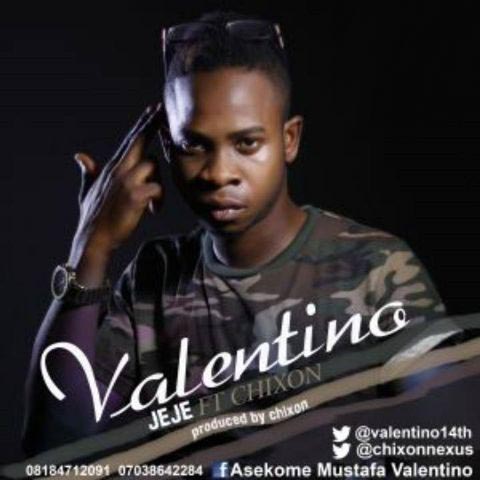 Asekomevalentino (born 14th February 1992), mostly recognise by his stage name Valentino, born and brought up in Ivbiaro, Owan East Local Government Area, Edo state, Nigeria.  He had his both primary and secondary school certificate in Edo state. He is a Nigeria recording artist, songwriter and performer; He started his musical career at the age of 14.

He started his collaborating album with the rainbow seven crew.

Valentino has released up to eight wonderful singles of which he featured a well-known musical icon (Mr jeywon) on one of his singles titled valentine again, he has also worked  with Chixon, Mik B Mix and many more…

The young and talented singer rose to prominence in 2014 with the release of the song titled ”killing me” produce by chixon.

He was hosted by NEXUS ON TV,E.B.S,I.T.V,GALAXY TV, ETC where he was interviewed about his life style, career and his challenges in the music industry.