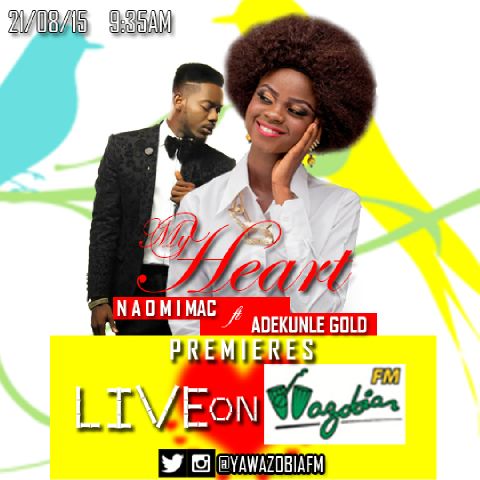 After the release of her hit singles “Fix Me” earlier this year and “Yekile” more recently, the former Nigerian Idol star, Naomi Mac (@thenaomimac), who emerged as the first runner-up of the maiden edition of the music competition is back again with a brand new single to blow your minds.

The single titled “My Heart” features YBNL Soldier, “Sade” and “Orente” crooner, Adekunle Gold (@adekunlegold). “My Heart” is a lovely ballad that is rendered in a beautiful mix of Yoruba & English and is definitely bound to make you think about the Original Concept of True Love.

The Song was produced by Psychs and Mixed by Simi and The Soon to be released video directed by Mex.

Naomi Mac, the House One Music Star, is currently working on her debut album scheduled for release next year and the Song Will Premiered Live By @Yawazobia on Friday 21st August 2015 9:35am