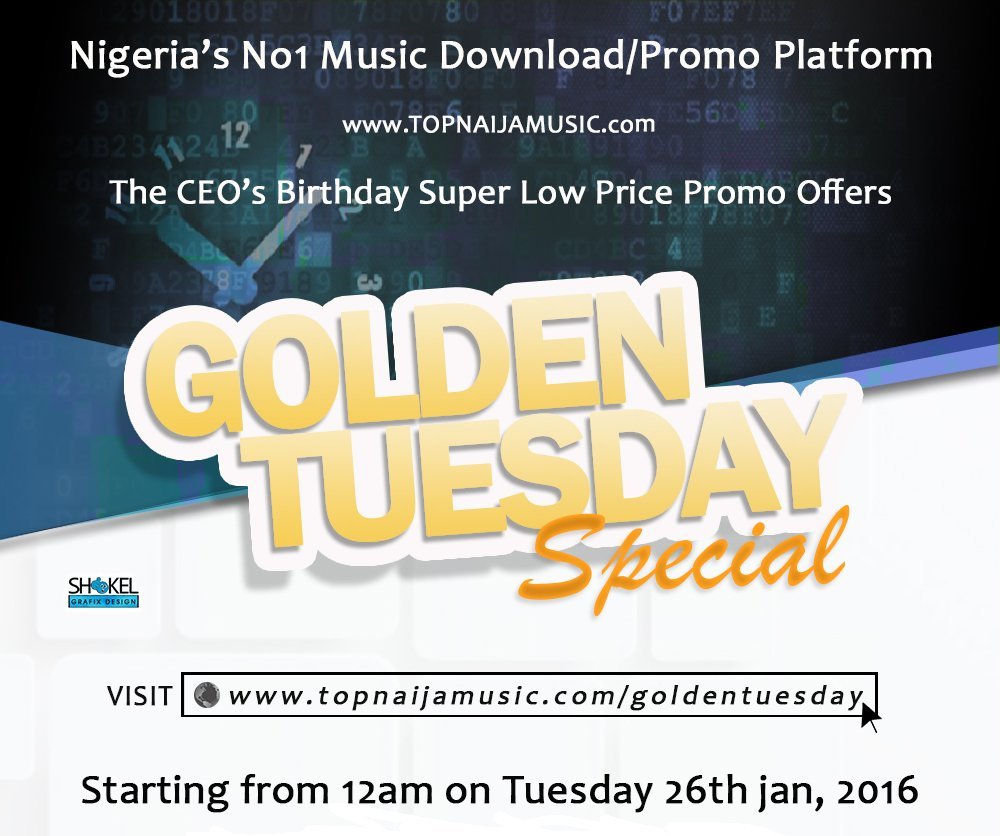 It is indeed a Golden Tuesday for the brain behind the multi faceted music promotion and digital marketing platform in Nigeria, the CEO of the Top Naija Music Company, Paul Oghoghorie as he becomes a year older.

In order to give back to his esteemed clients, he decided that the company TopNaijaMusic and Hispeed Media will be doing crazily discounted offers. Offers that even Primary 6 children can afford. This is a life time opportunity to grab any of them as the price won’t be this low again this year.

(2) You can purchase offers even if you are not ready to activate them. But we give you 60 days grace to activate them after making payment on Tuesday. That is, if you pay for music, you have the next 60days to submit the content paid for before it expires.

(3) All prices returns to our normal rates as found on www.topnaijamusic.com/musicpromo from 00.01 am on Friday 29th Jan, 2016.

NOW, HERE ARE OUR GOLDEN OFFERS FOR YOU

(APPLIES TO BOTH ARTISTES & DJS)

(5)  Song OR Video Upload on TopNaijaMusic + Massive Blast/Hype of Your Song/Video To Over 800,000 Social Media Followers, 3 times daily for the period of 3 months + 3 Months Exclusive Everyday Airplay on our TopNaijaMusic Radio + Free upload of your song on iTunes + 1000 Nigerian twitter followers + 1000 Nigerian instagram followers => N30,000 (instead of )

(18) Promote Your iTunes Song link on Facebook For One Month So That You Earn Dollars When People Download Your Song for One Month @ N50,000

HOW TO ACTIVATE THIS PROMO PLANS

(2) Send your payment details and what you paid for to goldentuesday@topnaijamusic.com. Also include your active telephone line so that we can call you if we have any enquiry or clarification to make.

NB: Even if what you want to promote is not ready yet, you can go ahead and make payment during this blackfriday offer and you have within 30days to send in the content you paid for or else your payment will expire and you will be expected to pay the balance to effect the promo.

Once again, this offers come to a close on Tuesday Night by 12midnight.

Thanks for doing business with us. 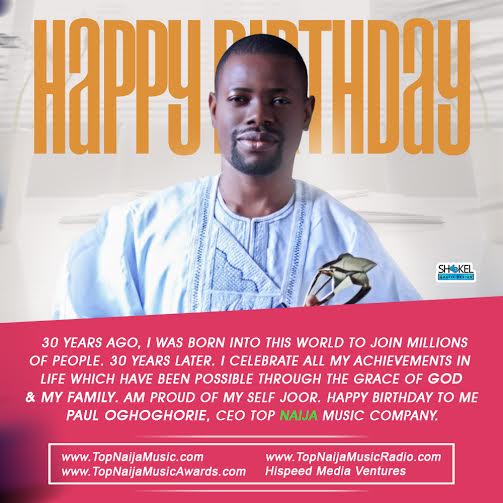