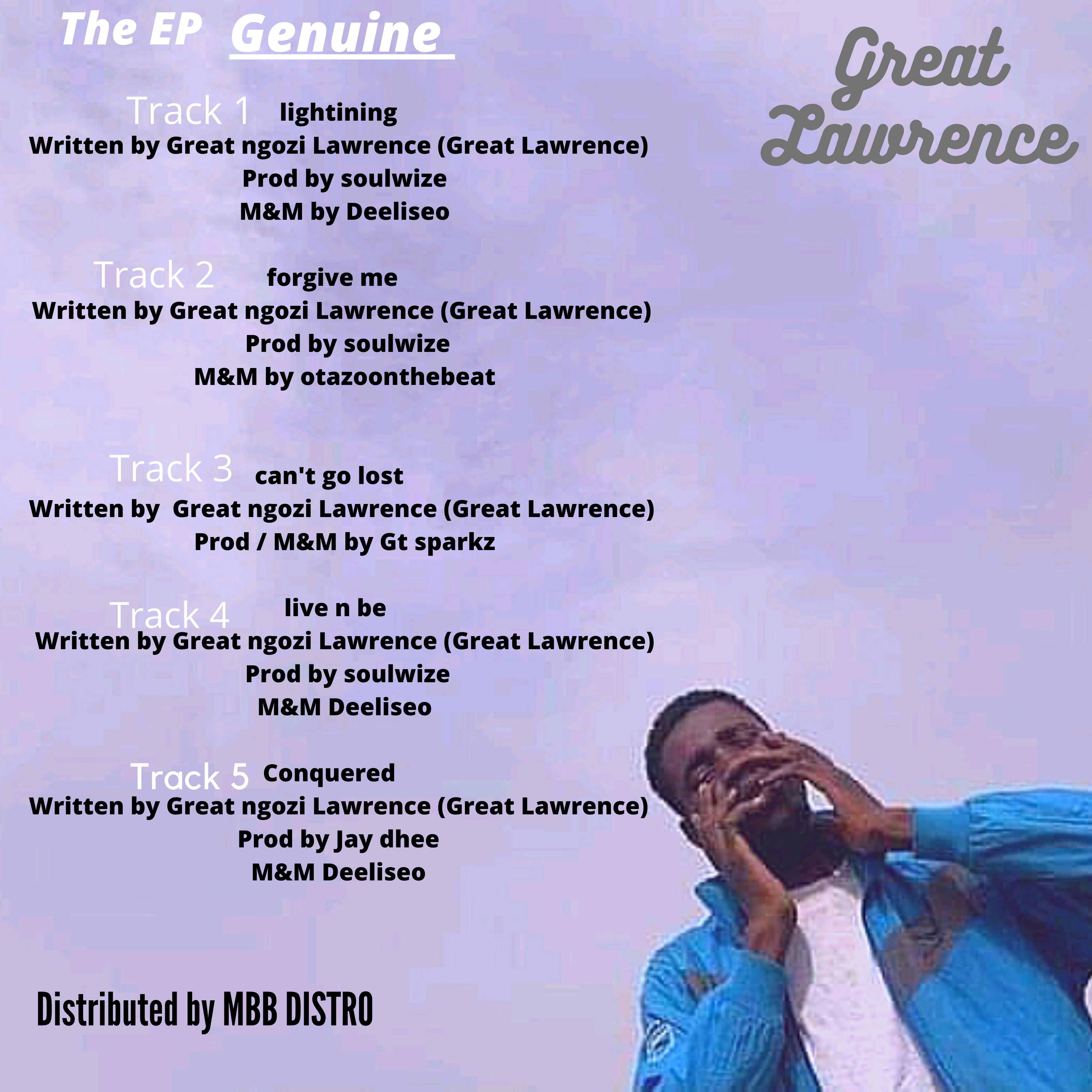 February 2, 2022 Category: All Music, MUSIC
Great Uche Ngozi Lawrence popularly known as Great Lawrence is a talented Nigerian singer, songwriter, and performer he was born June 7th, 1999, he hails from IMO state the eastern region of Nigeria.
He started music in 2015, when he became a choir member in his local church, he has always had a love for music. In 2020 he became a music director in his campus fellowship at Bayero University Kano state Nigeria.
He dropped his debut single title “Give you all ” featuring a sensational rapper sheddoskillz on November 27th, 2020. He dropped his second single “can’t go lost ” May 2021, his song “can’t go lost won best RNB single of the year @ TNMA awards 8th edition, to round up the year he dropped another single “conquered “.
On January 28, 2022, he dropped his debut EP “Genuine “. The independent fast-rising star has gained hundreds of thousands of streams across platforms and still has more to give…