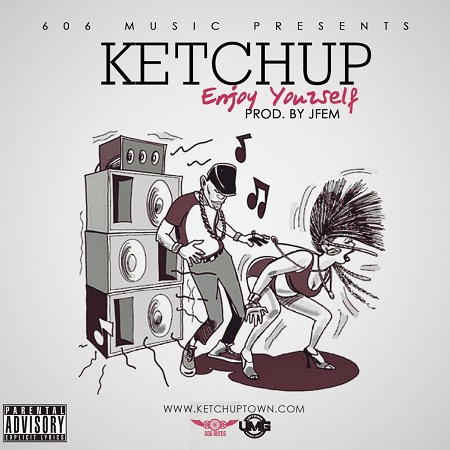 Fresh from releasing the visuals to his previously released hit single – Holy M.I.C, 606 Music/Uptown Music Group presents Afro Dancehall Star; Ketchup as he continues his hot run of form by dropping another quickfire banger and this time he’s telling you to “Enjoy Yourself” as you listen to his new tune.

Produced by J-FEM and mixed by SUKA SOUNDS, Ketchupcomes correct on “Enjoy Yourself” and as usual, he takes it up a notch by dropping a party jam of great and unforgettable quality and this more than shows that “Mr Rozay” is ready to take over in 2015