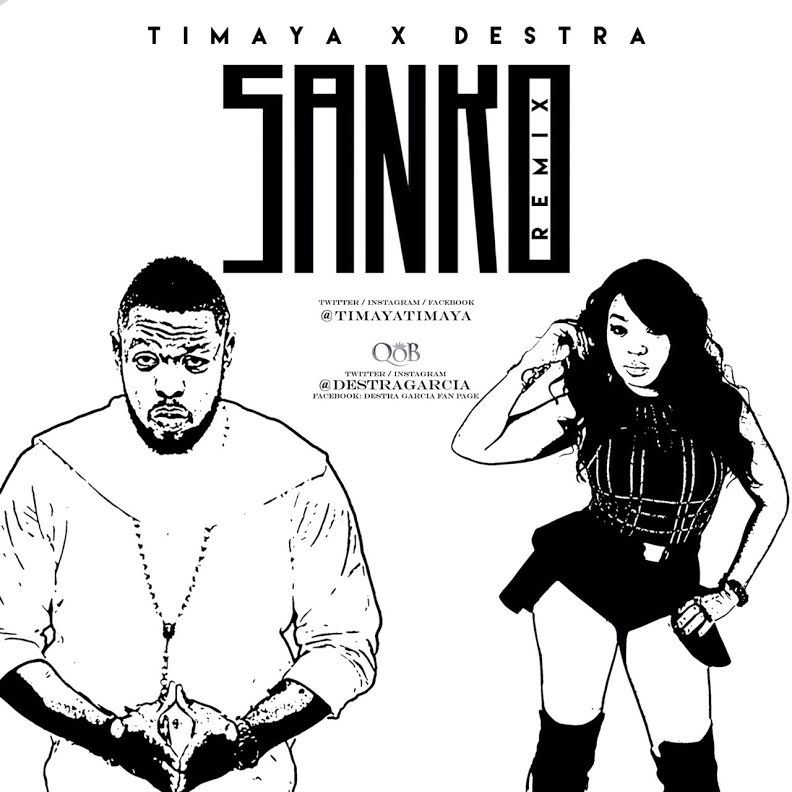 One of the biggest tunes in Naija at the moment, “Sanko” by perennial hitmaker Timaya now has a remix featuring Soca Queen from Trinidad & Tobago, Destra.

It’s no secret that Timaya is arguably Africa’s biggest name in the Caribbean Islands with so many hits getting loads of airplay in the clubs, radio and blogs/websites, none more so than “Shake Ur BumBum” which was remixed by several A-listers including Machel Montano and Sean Paul. “Sanko” is the latest Island wave. Bump it below.”