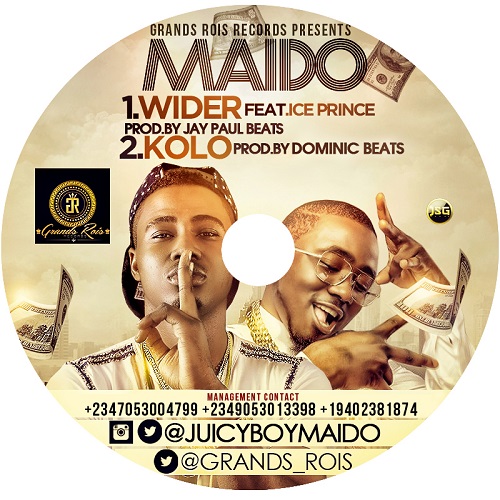 In the midst of thousands of youths that have flooded the entertainment industry, it will take an exceptional talent for one to stand out from the crowd. As the saying goes ‘many are called but few are chosen’, thus its always easier to identify where real talent lies. Maido indeed is one of such talents, amongst the few that exist today

Born in October 1993, Ngedo ‘Maido’ Michael hails from Eleme LGA in Rivers state, Nigeria, West Africa. He is a graduate of the University Of Port Harcourt, where he studied History and Diplomatic Studies and graduated with flying colours. The multi-talented singer and songwriter discovered his flair for entertainment at the very young age of Seven and by the age of Eleven, he was already touring his local environment performing in churches and shows alongside his first music team known as South Side Squad. Datellaz as the group was later called, was once-upon-a-time renowned to be the biggest teen music group in Bayelsa State, Nigeria. This early foundation in music helped to kindle the needed enthusiasm and exposure for a bigger carreer in years ahead.

There was no stopping him, as he stepped up his music career in tertiary level, and rose to the ranks as one of the biggest artistes that rocked The University of Port Harcourt between 2009 and 2014. Evidently, parting with numerous musical awards from his faculty and school at large. Many a time, opening up for bigger acts like 2baba, Wande Coal, Dbanj etc when they visited.

it wasn’t gonna take long for him to be discovered by a record label, as he inked a mouth watery deal with his present record label Grands Rois Records on march 13th 2015.

He debut single Kolo, released under the label has stuck to the ears and minds of many already. Wider the popularly acclaimed club banger has been equally released and features one of Africa’s top acts Ice Prince Zamani