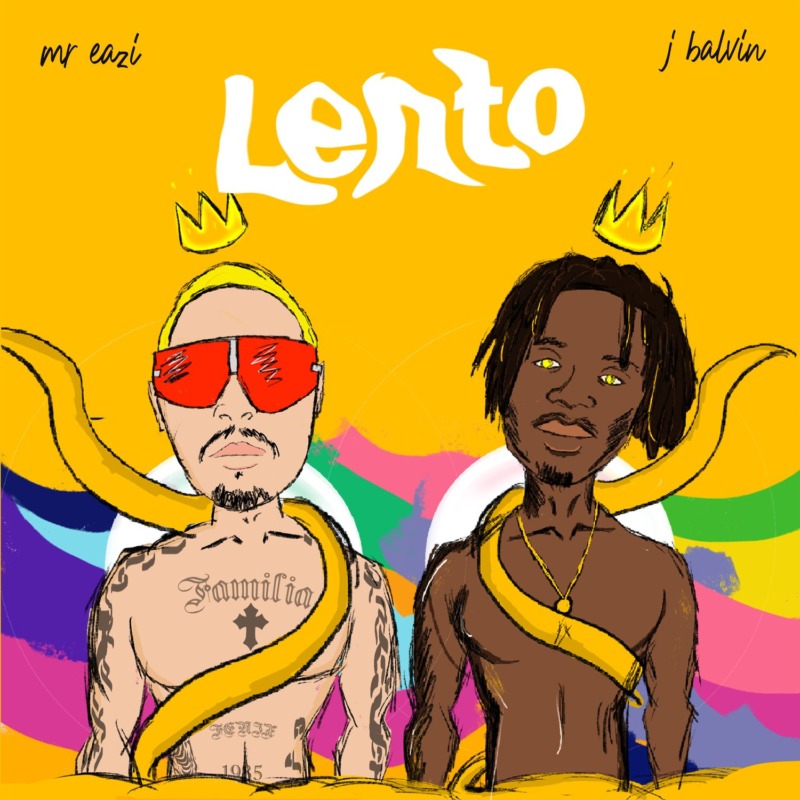 On the smooth and catchy “Lento,” Nigerian afropop star MR EAZI and Colombian reggaeton star J BALVIN continue their collaboration across continents. The track is now available on all DSPs. It is the third time the two artists have worked together, but it is the first time they have put out a single.

This record came out after Mr. Eazi’s last song with Major Lazer and Nicki Minaj, “Oh My Gwad,” did well.

Giants in their own fields, MR EAZI and J BALVIN connect their musical worlds on a track with a swaying beat from Nigerian producer KILLERTUNES. They trade lyrics in Spanish, English, and Yoruba, with a nod to Elvis Crespo’s “Suavemente,” a classic merengue song. “Como Un Bebé” from J. Balvin’s 2019 album Oasis with Bad Bunny and “Arcoris” from J. Balvin’s Colores, which just won the Latin Grammy for Best Urban Music Album, were both songs they worked on together.

“Since we connected in 2018, J BALVIN and I have been like brothers,” says MR EAZI. The two met through a mutual collaborator, Michael Brun, and Balvin chose Eazi to be the opening act on his 2018 North American Tour. “He’s been showing me his urbano and reggaeton world, and I’ve been showing him mine. It’s like cousins got together and got married from different cultures. “Lento,” one of the many records we’ve made together, was made in this spirit.”

Listen to the new hit below and enjoy it.