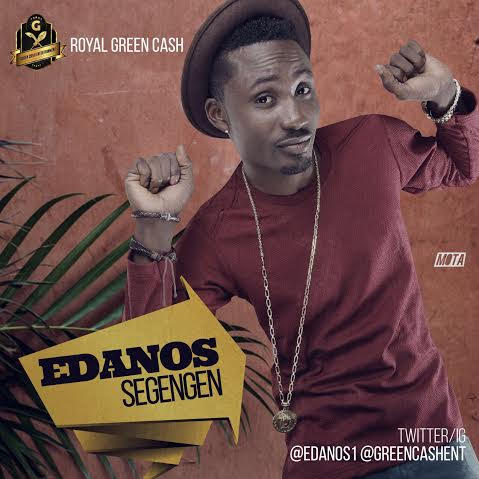 Edanos is fast becoming a force to reckon with, his style of music and the zest he applies when singing won’t stop engulfing us to his music.

The Green Cash Entertainment signee, Edanos wowed this time with ‘Segenge’ after his previous collaboration with Egberi papa 1 of Bayelsa, Timaya in highly rated reggae tune, ‘Whine For Me’.

Since Edanos released his 2015 debut single, ‘Money Dey’ which featured indigenous rapper and YBNL Boss, Olamide; Edanos has never disappointed with his style of music.

‘Segenge’ was produced byAyzed, the magic finger behind Cynthia Morgan’s ‘Come and Do’ single; also Mr 2Kay’s ‘Who No Like Better Tin’ track, mixed and mastered by arguably the best sound engineer in Nigeria, ‘Suka Sound’.