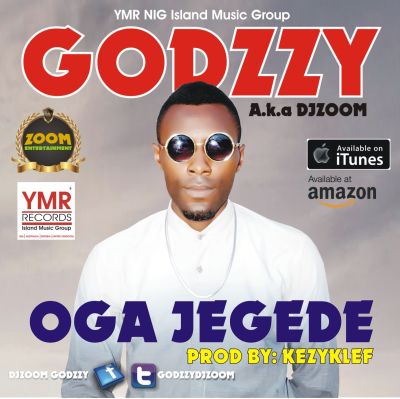 The Orlu born and Entertainer of Hiphop Highlife has come with hot sweet Party jamz tune in the music market and industry which he titled Oga Jegede, Produced by Kezyklef the producer of Phyno and slow dogg,

The award Winner of Eastern Best Producer Godzzy started his music jungle in the industry from Church Choir as vocalist Leader and later come out in 2010 because of some challenges he later drop out of the game in 2012, and now he is back with hot track titled Oga Jegede.

He has dropped drop some hit songs Like (Give me your love) which he will drop the video this xmass and also (Hakuna Matata) which is making wave in kenya, Zimbabwe and Tanzania Other songs like (Bongo) Pre.