MUSIC ALERT: HAS B (@hasbee10) – GRAVITY ON BANANA PEELS 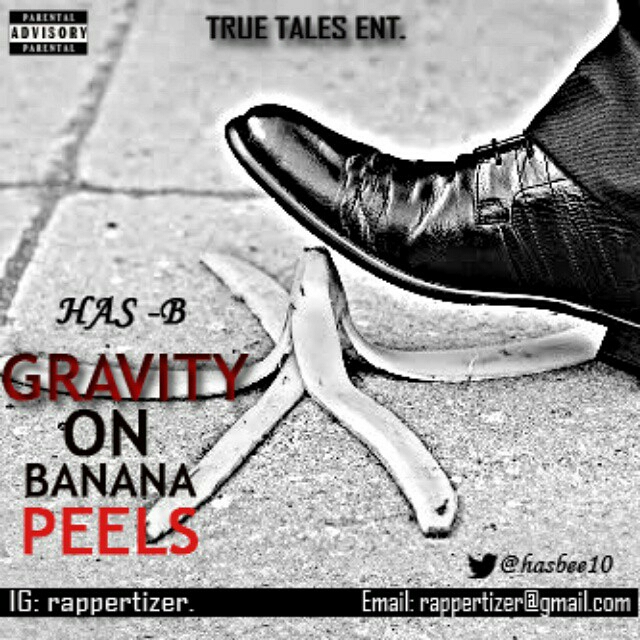 Tonnes of tracks are released day in day out, but songs with great concept is hard to come by, given the fact that most underground artistes talk money and sell sex in their songs.

“Gravity On Banana Peels” is a Rap song with 3 verses, and different concept in each verse. The first, which talks about a guy choosing between education and his talent. The second, talks about Men and their trust in Women. The third, speaks a little bit about the issues in our society.

“Gravity On Banana Peels” is written and recorded by Has’B , and produced by De Philz. Artistes like Has’B only appear once in a millennium, he is a Rapper to look out for.