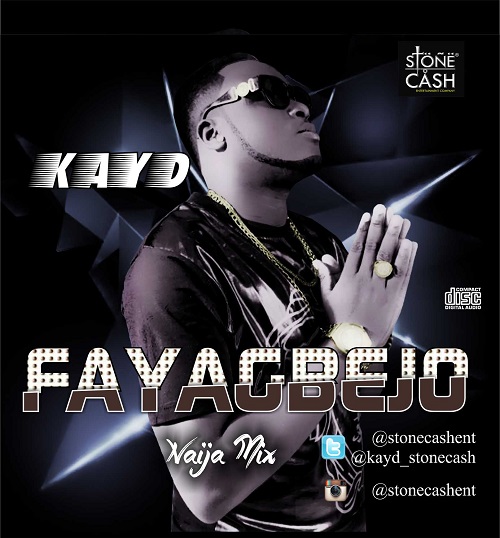 He goes by the name KAYODE AZEEZ ADEKOLA. Kayd, the afro-hip pop lyricist picked up his career and made it his hubby right from while he was very young and safe-guarded it so well until he was able to develop it and offer it to the public.

In 2007 he kicked off his music professionally when he got his first deal with PXC records alongside EVA, DIPP, GRAY-JONEZ & more talented acts. That same year, he released his single “THIS LIFE” & “STOP SHEBE” which brought him to public consciousness…also created some nice sounds with the likes of the late legendary indigenous rapper DAGRIN, magical beat-marker of all time T-FRIZZLE and got some hot touch with RAYCE, GRAY-JONEZ & MORACHI.

Currently, kayd is signed unto STONECASH Entertainment and he has two new singles ready to rock your air-waves for a longer time than you all think