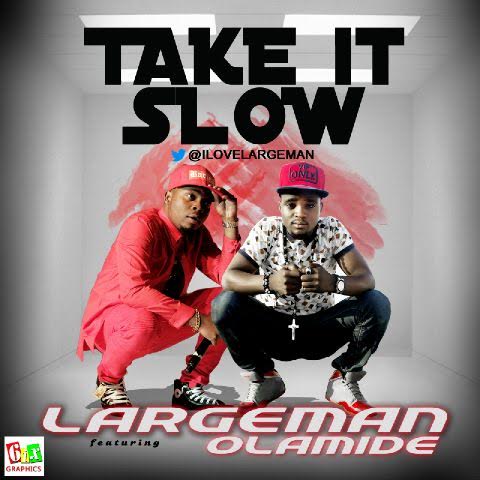 Samuel Suruoluwa Adeosun  a.k.a Largeman is a talented singer, songwriter and performer. He kicked off his Music career in church as a chorister at the tender age of 14 and he took it professionally in 2009. This fast rising artiste hails from Oyo-State a native of Ibadan to be precise but was born and bred in Lagos,Nigeria.

Largeman is a talented artiste with an electrifying performance skill, He has worked with various known artiste and producers like Sheyman, Klever Jay, ID Cabasa, Danny Young, Olamide, Vector to mention few.Largeman drops his first video in 2010 which was directed by one of the Nigeria’s finest director Akin Alabi alongside some of his singles titled E dey pain me in 2011.

Largeman drops new video – Handbag feat.Vector in 2012 which was directed by Adewale Olasupo from Crayon Pictures. He started pretty well in the music industry as shown in this musical video. Nicely arranged beats infused into great lyrics and team work with one of Naija’s own seasoned rapper – Vector tha Viper. In 2013 Largeman dropped new video – FAKOGBE, a Charles Films. Fakogbe, just like the meaning show off, is a video that has lots of swag. This youngster is fast becoming a brand name in the Nigerian music industry with his debut video Handbag ft. Vector which was a huge success, this awesome party video that will definitely light up the mood of its viewers.

Currently Largeman has teamed up with one of the hottest YBNL crooner Olamide Badoo Sneh on his new debut single titled “Take it slow” it’s a dope song ever.