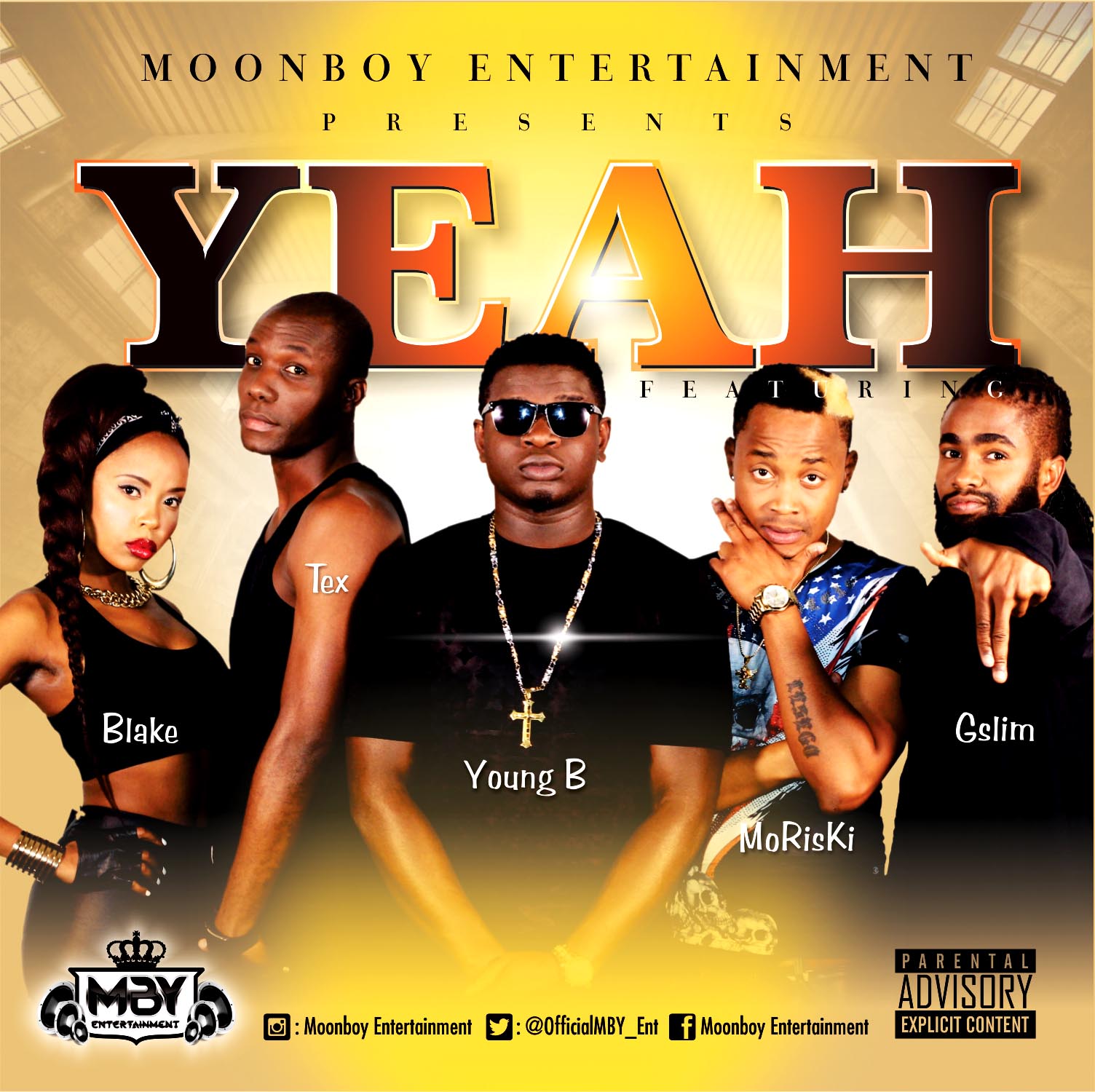 The artists go by the names GSlim, MoRisKi, Young B, Tex & Blake. On this track they worked with a prominent Music and Entertainment company which is on the rise, called Moonboy Entertainment. Each one of these upcoming artists is out to take over not only South Africa but the entire continent of Africa one step at a time.

They are a great combination as three of the artists from the group are originally from Nigeria (that is GSlim, Young B & Tex), then the rest of the two artists are from South Africa (that is MoRisKi & Blake).

Each one brings their own flavor to the table, with this new single called “YEAH” being their first under Moonboy Entertainment. GSlim puts that hot dancehall genre feel to the song (on  the hook), Young B brings the accentuating mixture of African pop and   R’n B, meanwhile MoRisKi brings in a flavor of SA Motswako rap, while Tex brings an exotic touch of rap and Blake adds a hot feminine influence of rap as the one and only leading lady.

They are out to put Africa on a map with the grand focus and talent they bring to the table. They enjoy being in the studio doing what they love, as they just want to convey happy summertime vibes through this song.

It’s a hip & happening summer time track, which will get you moving & shaking on the dance floor whether you like it or not.