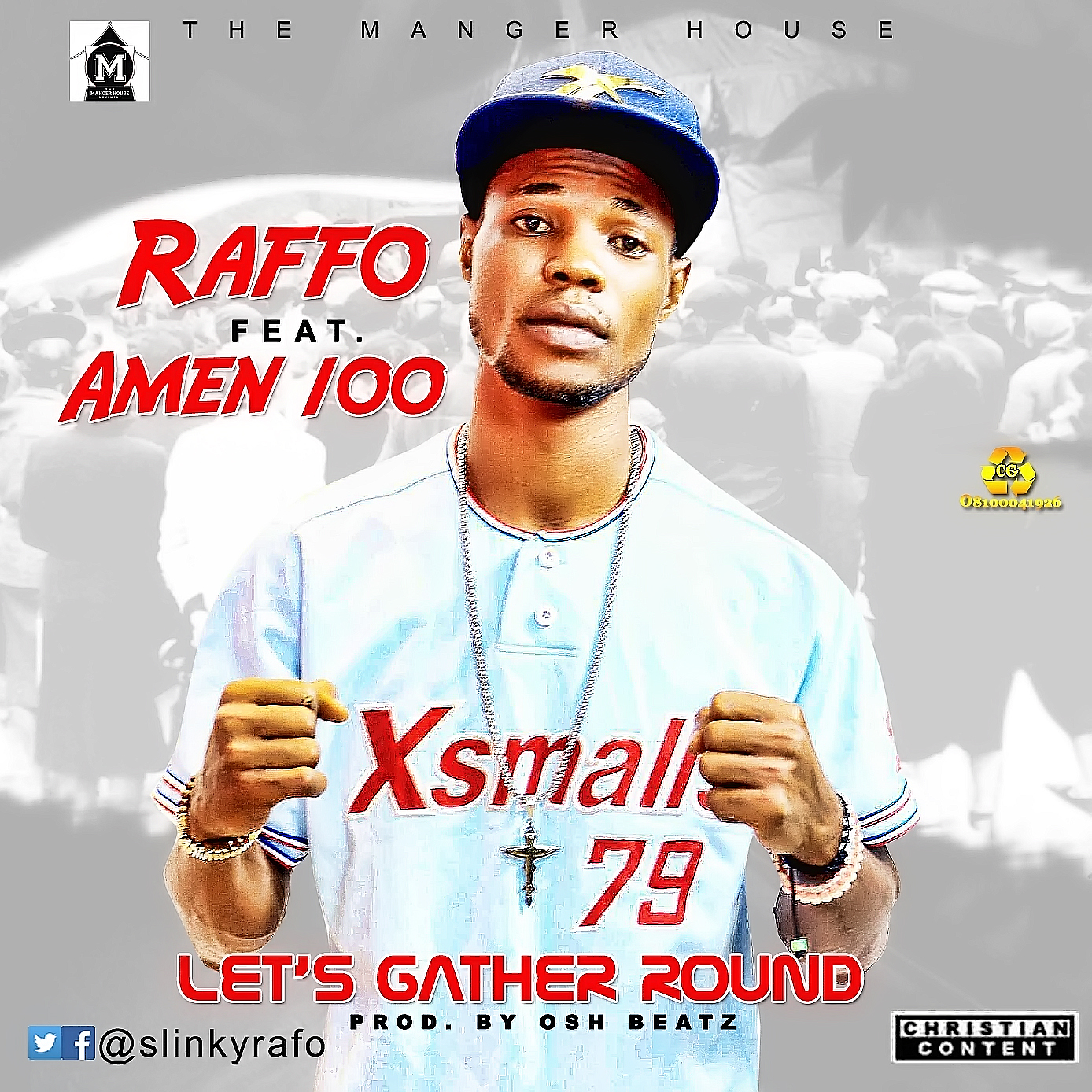 Rafiu yusuf oluwasegun AKA RAFFO, hailed from Shomolu Lagos State Nigeria, but grew up in Ondo State where he started his music career as a circular rapper.

In 2004, he returned to Lagos as a street hustler. One day in the year 2013, he was arrested by the Holy Spirit so that he accepted Jesus Christ as his personal lord and saviour. In the same year, he vowed to use his talent for Christ for the rest of his life.

In 2014, he dropped his first single tittled-“Dance for God”, produced by Osh beat. He also ministered in so many churches and street shows.

Now, he is back with another single in titled “Let’s Gather Round” featuring Amen100. The song was produced by Osh beat. He is presently working on his debut album which is going to come out this year by the grace of God.