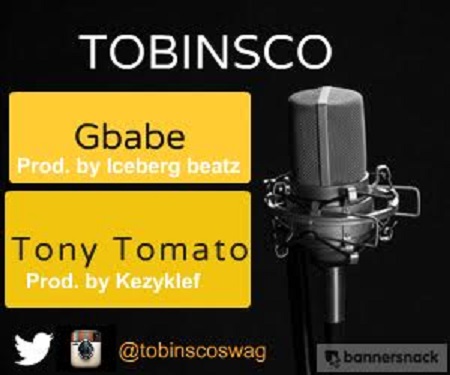 Oluwatobi Yusuf, fondly called Tobinsco, is a young talented Nigerian singer whose interest and passion for music is finally being manifested as he takes his first stride towards his career.

The Benin Republic-based singer, popularly known on the well-used social media platform, Twitter, for his controversial write-ups and quirky sense of humour, is indeed, an individual with so much admiration and potentials. Tobinsco hails from Ibadan, Oyo state and is currently a mass communication undergraduate of EPS University, Cotonou.

Tobinsco launches into the Nigerian music industry as he simultaneously debuts his first two official singles titled : Gbabe and Tony Tomato, produced by Ice Berg beatz and Kezyklef respectively. The songs were both mixed and mastered by Mix Wiz