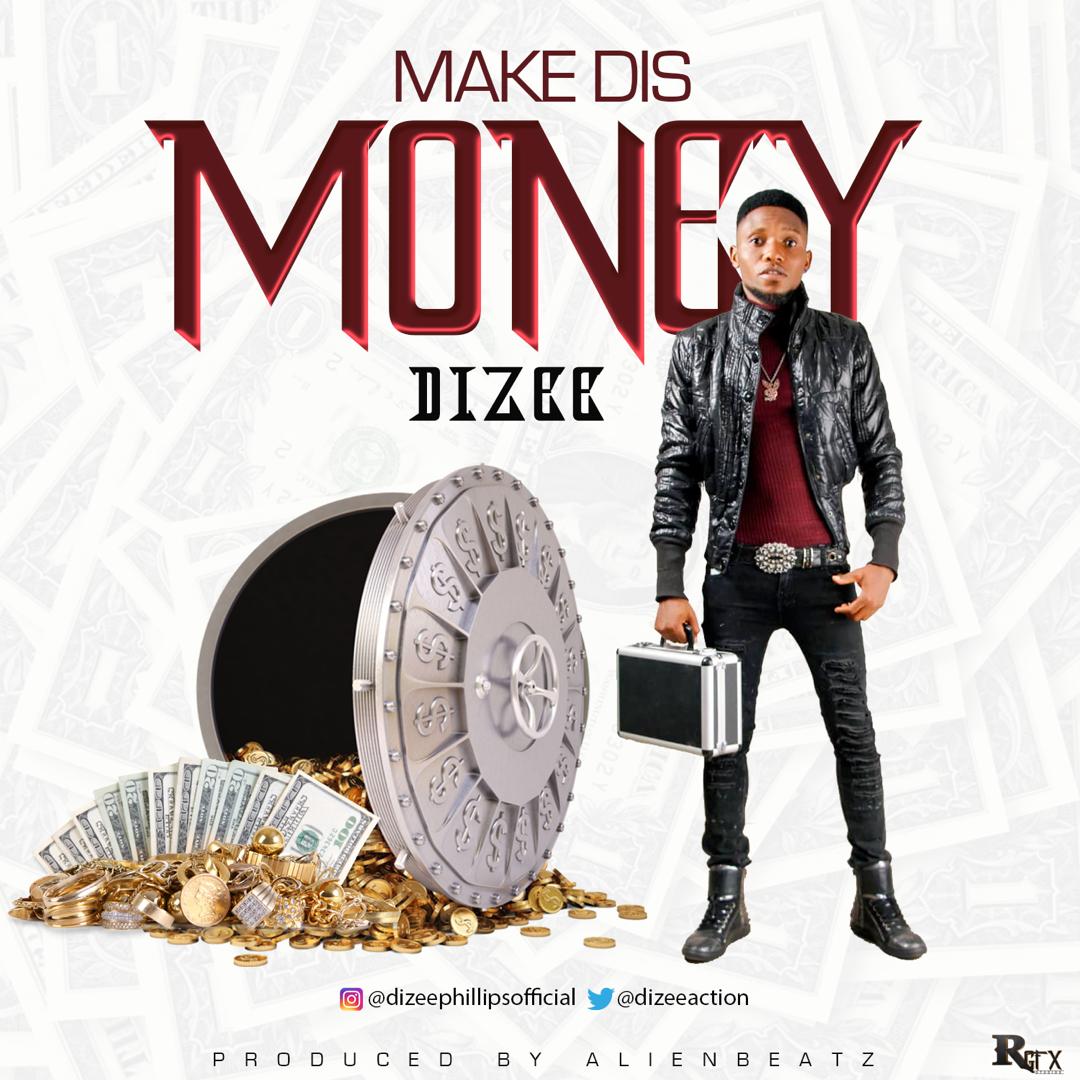 Abuja based inspirational singer Dizee who recently dropped a video of a popular Cover song. Political disappointment which is the most trending cover of #Amaka by 2baba. The video became viral after been posted on IG by @tundeednut which generates much appreciation from top celebrities like Davido e.t.c which made him a popular face in the Abuja Music Industry…now Dizee has come back to feed his fans with this amazing motivational song titled MAKE dis MONEY.

It is really a motivational song that every hustle will need to listen to…. Prod. by Alienbeat.