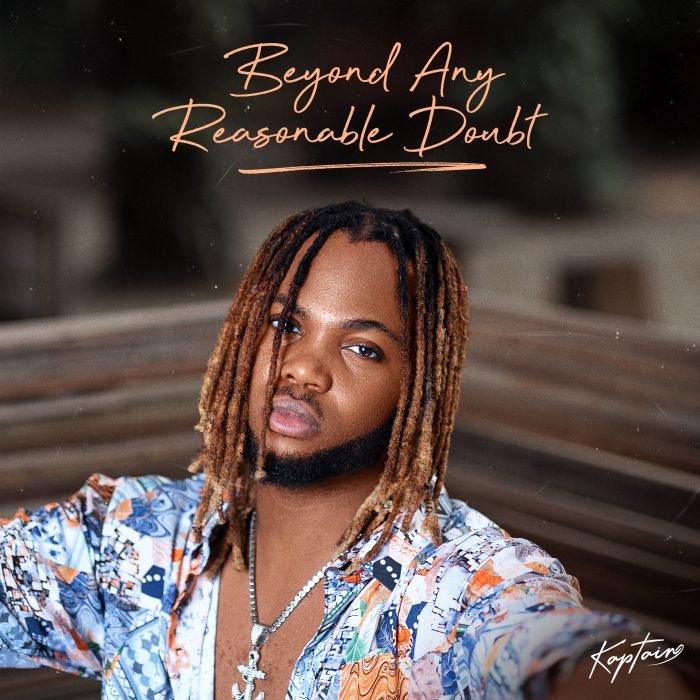 Nigerian singer and rapper, Kaptain is finally ready to take his career to the next level with the release of his debut studio LP, “Beyond Any Reasonable Doubt” (B.A.R.D), which is out today.

The highly anticipated ten-track album has been in the works for quite some time and is projected to usher new heights for the Afro-Fusion Musician.

With the BARD album, Kaptain aims to showcase mastery and ingenuity in his lyricism, the diversity of his new sound directions, and the uniqueness with which he tells his stories.

Key touch points in subject matters on the album include love, lust, heartbreak, gratitude, and Family.

The first single of the Album “Non Stop” featuring Teni The Entertainer which was released earlier had set a perfect build-up to what the artist’s core fans and new listeners should look out for on the album.

Other exciting collaborators on the album include Papae, Yardee, Moonlight, and Boy Xander. The album also has an ensemble of star-studded producers including Andre Vibez, Ozedikus, Mikaba, Wonderbeat, and Progress.

Kaptain began his career in the ancient city of Benin, with early hit singles releases ‘Enter Season’ and ‘Money Must Drop’ which helped to put him on the radar.

He launched his well-received debut EP, ‘Kapacity EP,’ in 2020, which boasts of the mega street hits ‘Gbese Gbese’ and ‘Problem’, gaining tens of millions of views across digital streaming platforms and putting him in high demand with a slew of shows around Nigeria.