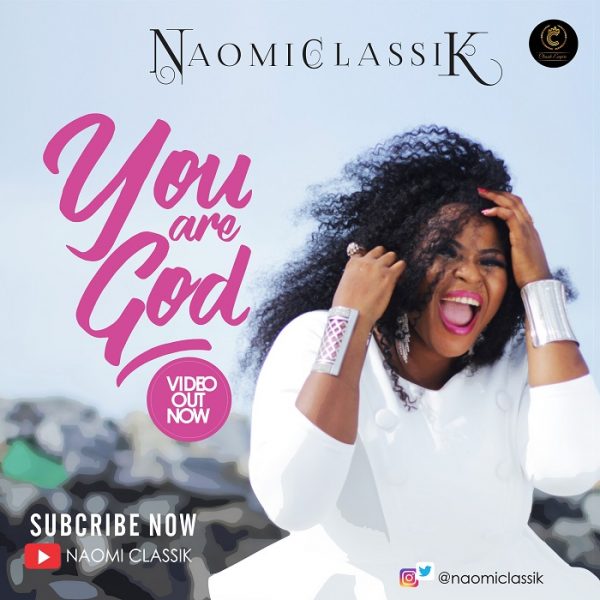 Musicolgist, Gospel Artiste and  Voice Coach Naomi Classik or [Nigerian Tasha Cobbs as fondly called]   Officially unveils visuals for her debut single “You Are God”  the classik empire Queen Naomiclassik Released the audio  back in 2016.

According to her; ‘’this song will bring the world at large to the knowledge of the truth, remembering that God remains God, and He is the way, the truth and life’’. Furthermore, she says Anyone who comes to God must believe that He is, and the re-warder of those that diligently seek Him. No matter what the circumstances are, they just need to believe that He is God!!’’.

This is her first ever official video since her first appearance on the gospel music scene. this video was shot somewhere in Republic Of Benin, and was directed by Best Ojo  Produced by  Segigo