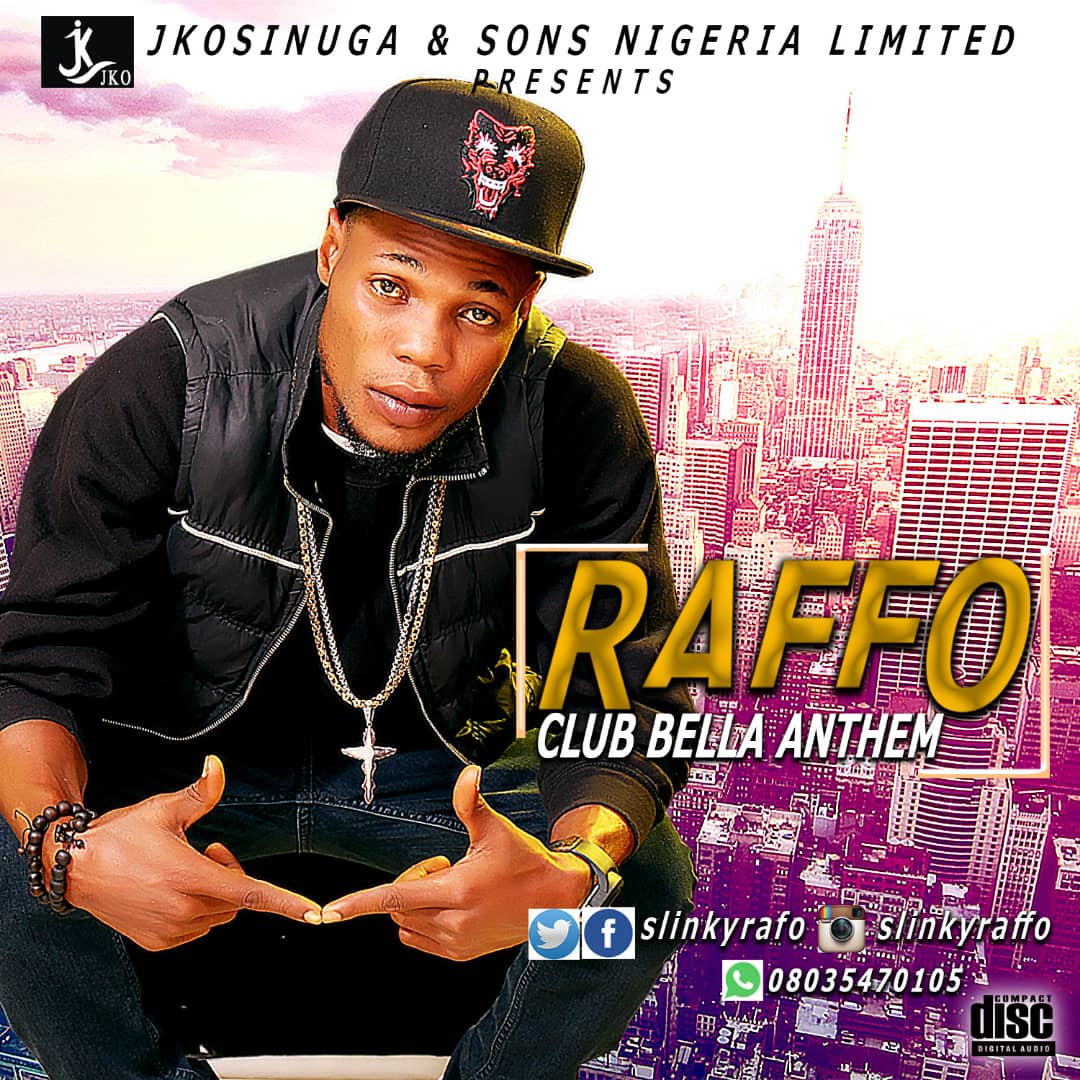 Raffo who is  gospel and inspirational rap artiste, released his first debut album in 2017 contain 16 tracks titled (AM UNSTOPPABLE)

Now back again with a new single titled CLUB BELLA ANTHEM. This song is dedicated to the CEO of Jkosinuga and Sons Nigeria Limited, Mr Wole Osinuga who owns the Club Bella. And in case you don’t know, Club Bella is one of the best clubs in Africa right now. This club is located at Jko hotel 57, Akute road opposite First bank, Akute Ogun state.

Come have fun like never like before club open by 10 pm to 4 am every Wednesday, Friday and Saturday also maximum security is guaranteed.

He appeals to all his fans that this is not the kind of song he usually releases. This particular one is done to show an appreciation to his uncle for always being a part of his success.