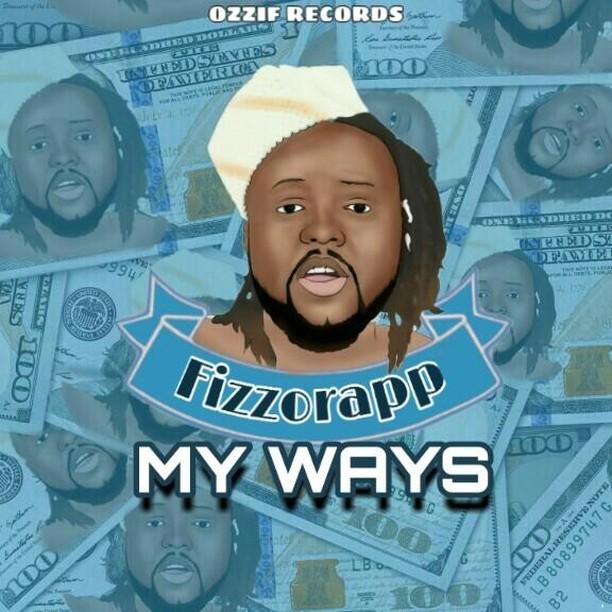 Norbert Yegong, (AKA – Fizzorapp) is a Cameroonian rapper, singer, songwriter, record producer and co-CEO of Ozzif Records based in Houston, USA.  He was born and raised in Bambui (a small town in the North-West Province of Cameroon) with his sister by a single mother. His humble “hood” beginnings meant resources were slim, forcing me out of high school. However, he has always had a hunger for education which drove him to self-study and he completed his high school diploma and then proceeded to study Hotel Management at University.

In order to make ends meet, he worked in his mother’s restaurant business and local construction gigs. At night time, he studied and made music. He made his first appearance as an aspiring artist in 2009, gaining local recognition for dropping lyrical freestyles that turned heads.

Like most talented young people aspiring for higher heights, Fizzorapp traveled to the United States to further his studies and make his name as an artist. He says, “there is more about me that the world needs to discover” and describes himself in three words: “humble, respectful and inspirational”.

“The most crucial thing that ever happened to me occurred on the day I got cut badly in my forehead in a fight over a debt with a friend when I was only 11 years old. My mom traveled to Douala (a commercial city about 5 hours away) and left me with my dad who was never at home due to work and other personal reasons. One day I decided to go out and hustle for myself. Before my mom traveled, she gave me 500 CFA (equivalent to about $1). I took the money to the market and bought some cigarettes and chewing gum to resell in the streets.
Within my first week in this venture, a friend borrowed some gum and never paid as promised. Out of hunger and frustration, I confronted him and this resulted in a fight that lasted for less than a minute but almost took my life. Thank God I was rushed to multiple hospitals and managed to survive. This was the most fatal moment in my life which actually left a scar on my face that is still visible today.”

“I used to be a very good freestyle rapper. I was popularly known as one of the best many people in my neighborhood had ever seen. However, as time went by, I realized being more of a freestyle rapper was actually killing my ability to write music. Whenever I was presented with a beat, I typically wanted to freestyle over it instead of writing to it. Each time I wrote over a beat, the output was never as good as my freestyle. I would stress over it for a while before saying to myself enough is enough.

I used to think my choices were limited to either being known for writing music or for doing freestyles. It was a hard decision to make because of my love for both. So, I kept on doing freestyles and people were loving it. But one day I sent out a diss freestyle verse addressing some issues I had. Some people thought it was good but they wanted to listen to my actual songs first before concluding on how good I was compared to the people I was dissing, some of whom were actually popping at the time. After reading these comments, I decided to let go freestyle music and started writing songs. It has worked out just fine for me. Good music has been pouring out of me since then and my whole story has changed. But the freestyle in me is what made me who I am today in the music world.”