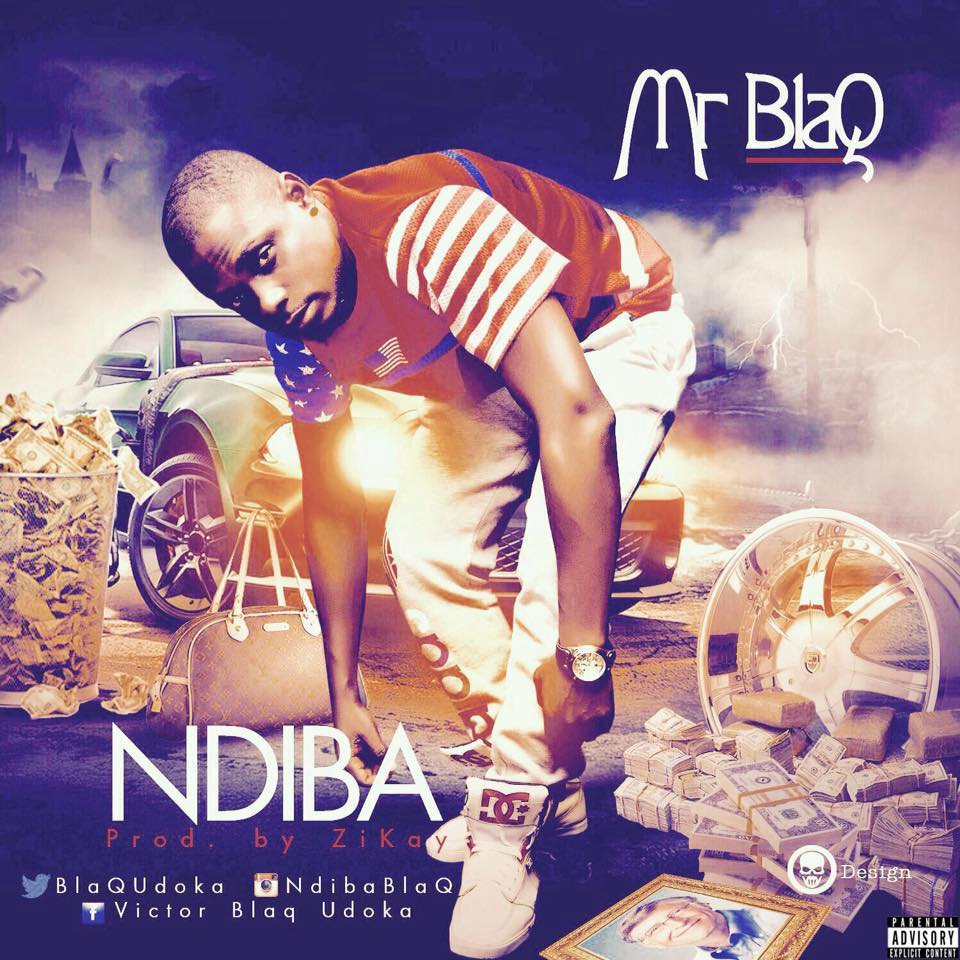 The fresh Criminology and Security Studies graduate, song writer, sound engineer and singer from Anambra State, Nigeria releases his first official single tittled NdiBA. A highlife Masterpiece with superb rhythm. The song exhibits uniquely the rich culture of the Ibo people and by extension, that of Africa at large in terms of language, sound, rhythm and style. NdiBA was produced by young and proficient producer Zikay and mastered by Smyl at Afrodisiacbay.

Mr BlaQ popularly called BlaQ was born Victor Mmaduabuchukwu Udoka and has lived in Lagos almost all his life. The young man fell in love with music at a very tender age however his academic ambition didn’t allow him pursue a career in music full time until now. His years in unizik Awka Anambra State where he pursued a degree in Psychology positioned him to meet and work Demos with several Music artists from the East including now Raw Deal Records artist Hype MC, the Janglover crooner Dialect and several other artists based in the east at the time. After unizik, he left the shores of Nigeria for few years. He however returned couple of years back and went back to school again for a degree in criminology and security studies which he has now completed.

BlaQ’s life so far has been filled with experiences and he says music is the language he can use best to express himself to the world. He also gave insights on what to expect from him subsequently by disclosing, he already nailed a mad tune featuring Nigerian dancehall artist Terry G and says other collaborations will follow in due course. Mr BlaQ is currently NOT signed to any record label and open to such prospect he says. Pay Tyme Entertainments is simply the talent-agent not record label.

Download and share NdiBA by Mr BlaQ below. Support the brand, support good music. The gbedu is a heavy movement!